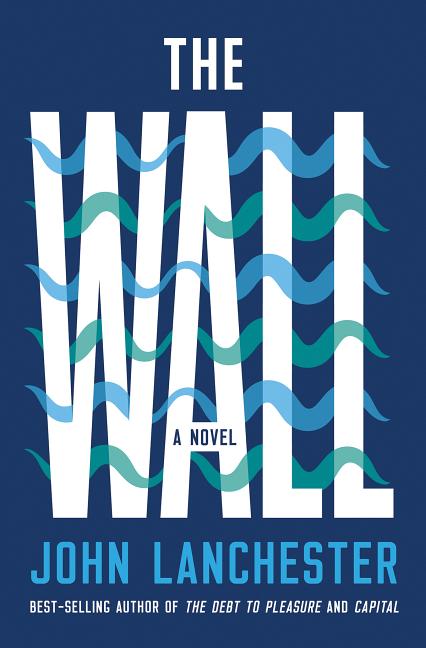 The best-selling author of The Debt to Pleasure and Capital returns with a chilling fable for our time.

What The Reviewers Say
Rave Jon Day,
The Financial Times
It is a bleak, Borgesian conceit and, though it is tempting to read the novel figuratively — as an allegory about global warming, or nativist isolationism, or Brexit — really, as Kavanagh himself is at pains to stress, the Wall should be understood literally ... quite different from anything [Lancaster] has written before and it is, I think, his best novel — though it has none of the sentence-by-sentence virtuosity of his earlier works. The story is told in flat, affectless prose, like that of JG Ballard in his pomp, but the overwhelming influence is the Kafka of The Trial and In the Penal Colony ... As with Kafka, though, it is hard to say what in the end it all might mean. The Wall could be about many things, but its real power stems from the fact that it never collapses into straightforward metaphorical equivalence. It asks only to be read on its own terms: as an unsettling, compulsive and brilliant portrait of powerlessness.
Read Full Review >>
Positive Alec Nevala-Lee,
The New York Times Book Review
... if the novel succeeds only intermittently as a parable, it’s gripping as a story, especially when it leaves the Wall. As Lanchester puts distance between himself and his gigantic symbol, the plot grows less constrained, and the last hundred pages are full of tense action and sudden reversals that are mercifully unburdened by any allegorical significance. The result marks a step forward for Lanchester, a formidably intelligent author who has sometimes stumbled over his undeniable gifts ... For a certain type of realistic novelist, a shift to speculative fiction — which allows the writer to invent as well as observe — can be liberating. The Wall revels in this opportunity, but it occasionally falters under Lanchester’s decision ... The novel gathers momentum as it goes, and few readers will stop until they reach its final page.
Read Full Review >>
Pan Giles Harvey,
The New York Review of Books
The Wall is a powerful thought experiment ... But a thought experiment is one thing, a novel quite another. Strangely for a storyteller of such poise and intelligence, Lanchester often seems unclear about exactly what kind of book he is writing. Is it a spare dystopian fable...or a work of full-fledged realism with a futuristic (or alternate-present) setting ... There is, on the one hand, a palpable excitement at having hit upon a scenario that so potently distills the existential threat facing humanity ... On the other hand, Lanchester appears to be of two minds about how much reality he ought to bestow on this fictional world, as though a surfeit of descriptive detail might smother the mythic force of his conceit ... The problem is that Lanchester never makes a decision. He is unwilling either to pare his book down into something more haunting and elliptical or to work it up into a narrative of convincing heft and complexity. The result is a sappy humanism conveyed in pale, prefab prose ... Lanchester may be on to something here, but a novel that merely confirms its readers’ progressive social values, however imperative they may be in a time of grotesque inequality and recrudescent chauvinism, is going to test the patience of all but the most ideologically immaculate.
Read Full Review >>
See All Reviews >>
SIMILAR BOOKS
Fiction

The Deceptions
Jill Bialosky
Positive
What did you think of The Wall?
© LitHub | Privacy