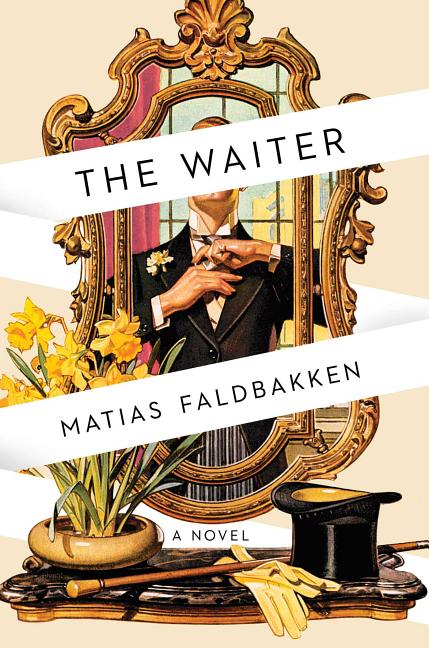 Disturbances in the routines of an old restaurant unhinge the head waiter in this droll, understated debut novel by a Norwegian artist and writer.

What The Reviewers Say
Rave Pete Wells,
The New York Times
A hard-working sensitive can take only so much and the waiter starts to malfunction. He delivers food to the wrong table. He makes inane replies to reasonable requests. He catches his hand in a wine drawer and bandages it badly. He keeps the Widow Knipschild waiting an uncomfortably long time for her second glass of port. He grows more and more glitchy, threatening the principle that he has organized his life around, disappearing into his professional role. As he puts it, 'I make objects and food come and go without being noticed myself.' These do not sound like the ingredients of a page turner, but Faldbakken has a way with nonaction. He builds a delicious tension between the paucity of events and the lavishness of the technique with which they are described. His waiter, though taciturn while on duty, is a chatterbox as a narrator, providing a busy, intricate analysis until each minor stumble achieves seismic status. Played in slow motion, his malfunctions unspool as slapstick with an undertow of dread.
Read Full Review >>
Rave Annie Bostrom,
Booklist
Norwegian author Faldbakken’s U.S. debut unfolds over five days inside The Hills, an Oslo establishment akin to (though decidedly not as grand as) the 'Grand European' restaurants of yore: marble tables; uniformed staff; creased everything; snails on the menu ... Faldbakken, who’s also a visual artist, paints The Hills’ interiors, the waiter’s psyche, and diners’ interactions with a deep, often-funny theatricality. For those who love encapsulated novels with a touch of the absurd.
Read Full Review >>
Rave Publishers Weekly
Faldbakken’s English-language debut is an ambitious, contained story set entirely in a grand old restaurant in Oslo called The Hills, narrated by a seasoned waiter over the course of a few gorgeous meals ... Faldbakken’s story vandalizes the old world the restaurant represents by revealing its inanities, while at the same time eulogizing it by making it his subject, resulting in a clever, striking novel.
Read Full Review >>
See All Reviews >>
SIMILAR BOOKS
Fiction

Better Luck Next Time
Julia Claiborne Johnson
Rave
What did you think of The Waiter?
© LitHub | Privacy