The Unraveling of Cassidy Holmes 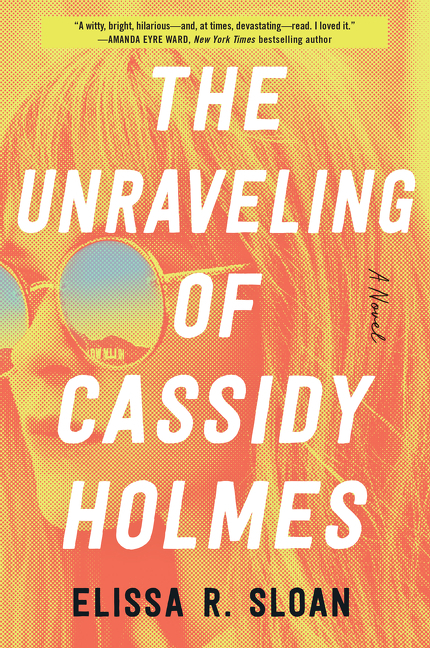 Cassidy Holmes isn't just a celebrity. She is "Sassy Gloss," the fourth member of the hottest pop group America has ever seen. Fans couldn't get enough of them, their music, and the drama that followed them like moths to a flame—until the group's sudden implosion in 2002. And at the center of it all was Sassy Cassy, the Texan with a signature smirk that had everyone falling for her. But now she's dead. Suicide.

What The Reviewers Say
Rave The Nerd Daily
[A} book that kept me on the edge of my seat the entire time, mostly because of the peculiar way the author keeps the intrigue element during the whole book ... Though it has many characters (something that doesn’t come as a surprise, being a book about the world of fame), they’re all very well-constructed and have a crucial part in how the story unravels. The author made a great job at placing everyone in the right place at the right time ... a perfect reflection on what real life situations similar to this one might be like. The author ends the book on a mysterious note and I kind of felt as if I was left hanging, and though in many cases that’s not good, this time it was brilliant.
Read Full Review >>
Positive Sarah Rachel Egelman,
Bookreporter
...immensely readable ... an absorbing book—a page-turner despite its heaviness. There are some interesting surprises even if the characters aren’t always depicted in as much depth as readers may like ... this well-plotted novel heralds the arrival of a promising writer.
Read Full Review >>
Rave Ruthie Jones,
Lone Star Literary Life
[A} bold first novel with no holds barred on sensitive topics, such as mental illness and depression, sexuality, body shaming and objectification, and the high cost of fame on health and relationships ... scintillating yet heartbreaking ... Sloan’s writing and narration are smooth and promptly bring the reader into a world filled with sunny smiles that mask unspeakable pain ... ideal for anyone who wants a behind-the-scenes peek at the tarnished truth that magically transforms into a glittering veneer when that first musical note resounds and that blinding spotlight shines.
Read Full Review >>
See All Reviews >>
SIMILAR BOOKS
Coming Soon

Mount Chicago
Adam Levin
Mixed
What did you think of The Unraveling of Cassidy Holmes?
© LitHub | Privacy