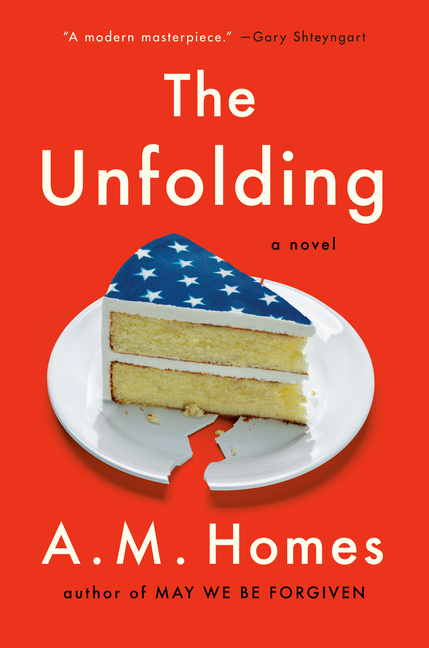 From the author of May We Be Forgiven. The Big Guy loves his family, money and country. Undone by the results of the 2008 presidential election, he taps a group of like-minded men to reclaim their version of the American Dream. As they build a scheme to disturb and disrupt, the Big Guy also faces turbulence within his family. His wife, Charlotte, grieves a life not lived, while his 18-year-old daughter, Meghan, begins to realize that her favorite subject-history-is not exactly what her father taught her.

What The Reviewers Say
Rave Ron Charles,
Washington Post
A sharp new satire ... Homes captures the flora and fauna of America’s aristocracy with exquisite precision. Her descriptions of these shiny people, so casual and friendly in their tightly choreographed habitats, reminded me of when I moved to Washington ... There can sometimes be a Franzenesque quality to Homes’s family satire — a bitter skewering of parents’ pathetic pomposity and melodrama ... Jane Mayer and other journalists have exposed in alarming detail how the Koch brothers and their ilk have stealthily pulled the country to their private advantage. Homes is working in the same dark territory, but The Unfolding provides a different kind of insight into this privileged species — and a lot more comedy ... The dialogue in these cringingly hilarious scenes sparks off the page with such vibrancy that I felt as if I were in the room where it happened. As funny as it is, though, there’s an unsettling quality to the comedy in The Unfolding ... The Unfolding suggests no solutions to this plight, but it offers irresistible reflection on how the audacity of hope got pushed off the rails and fell into the slough of despond.
Read Full Review >>
Positive Jennifer Haigh,
New York Times Book Review
A sharply observed, wickedly funny political satire by the reliably brilliant A.M. Homes ... Homes is a gifted satirist, a keen observer of bourgeois manners and mores. Here, she nails the psychic particularities of the politically conservative American male ... Homes puts her finger on the fault line, giving voice to the nebulous fears and fantasies of the old Republican plutocracy ... [The Big Guy's] racism is presented as fact but never explored — a missed opportunity and ultimately, the novel’s greatest failing. From the outset, Homes walks a fine line between realism and caricature. By choosing not to examine her protagonist’s racism, she denies us full access to his psyche ... Instead of a deeply imagined, fully human character, rife with complexities and contradictions, The Big Guy is reduced to a type ... The Unfolding — Homes’s first novel in 10 years — reads like a story conceived in another era.
Read Full Review >>
Rave Sarah Gilmartin,
Irish TImes (IRE)
There is nothing subtle about Homes’s novel. It is a big, brash book that looks to examine issues of identity, freedom and democracy from the perspective of a group of millionaires who feel they have been weakened by Obama’s win ... To call it a plot is perhaps overstating things. The bigwigs hatch a morally dubious plan but the plan never gets under way ... To be commended for its ambition ... The chief success of The Unfolding is the way in which Homes merges her personal and political plots ... The Unfolding is an unapologetically political novel that pushes back against that idea, an impressive read by a female writer daring, as one of her character notes, 'to insert words into the mouths of powerful men'.
Read Full Review >>
See All Reviews >>
SIMILAR BOOKS
Coming Soon

Best of Friends
Kamila Shamsie
Mixed
What did you think of The Unfolding?
© LitHub | Privacy