The Undercurrents: A Story of Berlin 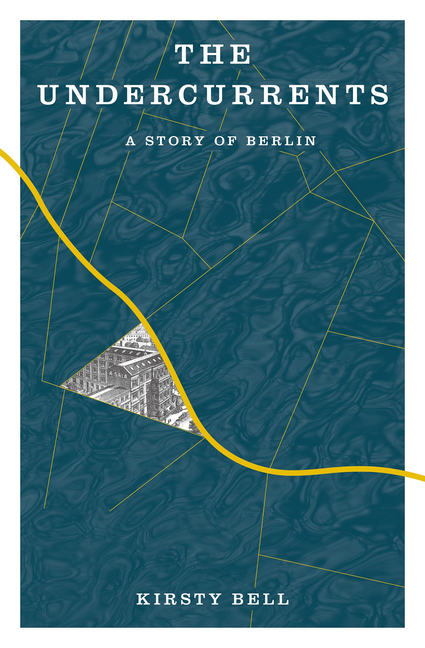 When her marriage breaks down, Kirsty Bell—a British-American art critic, adrift in her midforties—becomes fixated on the history of her building and of her adoptive city. Taking the view from her apartment window as her starting point, she turns to the lives of the house's various inhabitants, to accounts penned by Walter Benjamin, Rosa Luxemburg, and Gabriele Tergit, and to the female protagonists in the works of Theodor Fontane, Irmgard Keun, and Rainer Werner Fassbinder. A new cultural topography of Berlin emerges, one which taps into energetic undercurrents to recover untold or forgotten stories beneath the city's familiar narratives.

What The Reviewers Say
Rave Jenny Uglow,
New York Review of Books
Bell...makes graphic use of varied sources ... She writes particularly well about the situation of women, whether maidservants in the 1860s or feminists in the 1960s ... Her perspective is intimate and personal ... Beguiling ... Bell is especially illuminating about these years, writing vividly of wilderness idylls in bombed-out spaces; of campaigns against grand plans for inner-city freeways; of the songs of Ton Steine Scherben, 'the soundtrack to West Berlin’s anti-establishment and anarchist movements' in the 1970s ... Her personal quest and psychogeography of the city—a study of tumult, shock, shame, and denial followed by confrontation and increasing openness—take her down routes outside conventional history writing. In its artful spontaneity, The Undercurrents belongs with other examples of contemporary writing that uses walking, drifting, or even taking a bus as a mode of exploration, and often of healing .. These excursions can be distracting, yet Bell’s 'drifting' technique works well in piecing together scattered, partial images ... Every step, every stone in Berlin is weighted with a history that we need to read and understand, yet the city is also rich with music, art, a mix of cultures, and opportunities. Bell’s intriguing book...recognizes this, while evoking the struggles of the past to build a story as 'sprawling and unruly' as Berlin itself.
Read Full Review >>
Rave Mitch Speed,
Frieze
With sleuthing interest and novelistic flair, Kirsty Bell’s The Undercurrents has ruptured familiar terrain. The book’s subject, Berlin, is portrayed as a thing in motion, captured through a compound lens of culture, hard history and memoir ... I flinched while reading these early pages, sensing that a parallel was being drawn between histories of unfathomable cruelty – the holocaust, wartime slaughter and rape of civilians – and the author’s personal trials. This worry was tempered, though, as the book became an associative thesis on the dangers of repression, from gargantuan acts of genocide to the comparatively subtle shames of familial collapse. That this thesis holds together, while encompassing a personal-to-political range so broad as to test the borders of acceptability, may be this book’s most important achievement ... An enchanting and sometimes disturbing symbolism runs through The Undercurrents, as Bell imaginatively weaves the city’s hard factuality with the emotional and physical experience of living in it.
Read Full Review >>
Mixed Casey Schwartz,
New York Times Book Review
Bell, a British-American art critic, undertakes a kind of investigation of the history of Berlin, as if to tether herself more tightly to the place now that her original link is gone ... Bell provides a vivid sense of Berlin’s physicality ... She branches out in impressionistic fashion to the city’s cast of characters, offering us tantalizing glimpses some of its most formative figures ... Bell is well aware of the potential pitfalls of conflating her personal history with that of such a fraught location ... Bell’s technique of showing her process results in a work that is deeply absorbing, even hypnotic. She turns to psychoanalysts for help in excavating the psyche of her adopted city ... When I encountered the book’s increasingly frequent mentions of feng shui, hidden 'energy' and other such conceits...I went along with it, gamely, until suddenly, I couldn’t. My breaking point came in the final third, when Bell summons an astrologer who places dark stones in the corners of an oddly shaped room in Bell’s home, stones ... I found this turn in Bell’s highly original and atmospheric book more than a little disappointing. Up to this point, she has ably guided us on a poetic exploration of the layers and depths in this troubled, thrilling, world capital.
Read Full Review >>
See All Reviews >>
SIMILAR BOOKS
History

A Coastline Is an Immeasurable Thing: A Memoir A…
Mary-Alice Daniel
Rave
Graphic Novels

My Place in the Sun: Life in the Golden Age of H…
George Stevens
Positive
History

Tears Over Russia: A Search for Family and the L…
Lisa Brahin
Rave
What did you think of The Undercurrents: A Story of Berlin?
© LitHub | Privacy