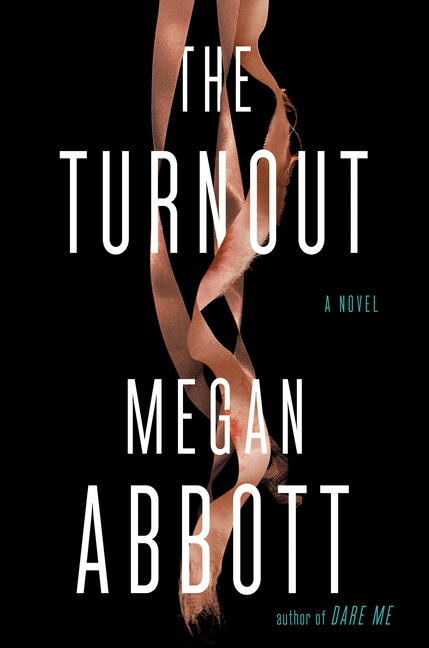 Bestselling author Megan Abbott returns with a new mystery set inside a ballet studio run by sisters Marie and Dara, who inherited the business after their parents died unexpectedly. When fire damage to the studio brings a charismatic contractor in to fix the damage, Marie becomes smitten, threatening to upset the sisters' delicately balanced relationship and reveal old family secrets.

What The Reviewers Say
Rave Amy Scribner,
BookPage
... [a] beautifully dark suspense novel ... The Turnout submerses readers in the obsessive, toxic world of competitive ballet. Abbott perfectly describes the unique smells and atmosphere of a dance studio: a mix of sweat, vomit and hormones ... Abbott layers dread and darkness...keeps the twists coming until the final pages. The Turnout is the kind of gripping, unnerving page turner we have come to expect from an author who does noir better than almost anyone.
Read Full Review >>
Positive Maggie Shipstead,
The New York Times Book Review
... dark and juicy and tinged with horror ... while indeed she works with mystery and suspense and draws on noir and Gothic tropes, her goal seems less to construct intricate, double-crossing plot problems than to explore the dark side of femininity. Her prose is often incantatory, her dialogue lightly stylized. Frequently her tone has a strong flavor, pungent and fermented ... a bit of gore, but its deepest preoccupation is with bodies and sex ... the novel is so relentlessly saturated with sexual imagery and innuendo that at times it can feel like too much ... I found myself wondering if a dancer reading The Turnout might be made to feel uncomfortable, even stripped of some dignity ... while the narration sometimes feels omniscient, the story is refracted through one particular lens: Dara’s. Her consciousness is given to the reader impressionistically ... The Turnout revels in its own bigness, its drama, its relish for cataclysmic passion and its appetite for the grotesque, but some of Abbott’s deftest work involves an underlying interplay between strength and fragility.
Read Full Review >>
Rave Tom Andes,
The Star Tribune
Even if we don't always like Dara, who has internalized the worst of her mother's ideas, we sympathize with her desire to discover the truth and free herself from her mother's legacy ... Because Derek's such a buffoon, it's fun to watch the ease with which he gets the best of Dara. Brash, vulgar, leery, he's a comic villain—until it seems he might not be the villain ... a slow burn. After a long wait, when violence comes, it seems that much more arresting. Were Abbott not so accomplished, we might tire of reading before the stakes become clear. But from the first page to the reveal at the end, a palpable sense of menace and the sympathy we feel for Dara as her world unravels make it impossible to look away.
Read Full Review >>
See All Reviews >>
What did you think of The Turnout?
© LitHub | Privacy