The Truth about Animals: Stoned Sloths, Lovelorn Hippos, and Other Tales from the Wild Side of Wildlife 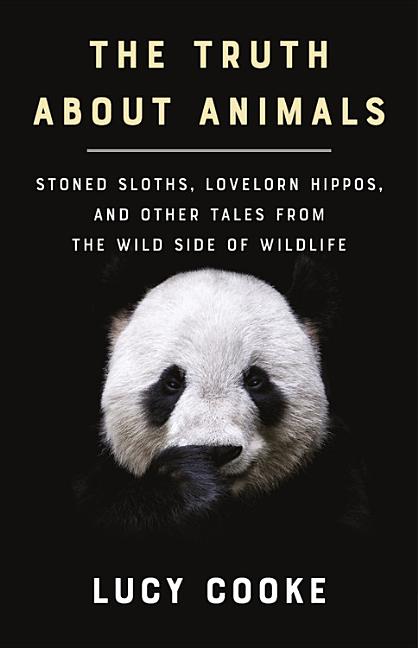 A zoologist, filmmaker, and founder of the Sloth Appreciation Society debunks myths and replaces them with surprising facts about 13 animals, from the sloth to the hippopotamus.

What The Reviewers Say
Positive Zoë Lescaze,
The New York Times Book Review
In 13 breezy chapters, each devoted to a misunderstood creature, Cooke collects some of our most crackpot notions (and the equally startling truths) about animals. She nimbly pings between arcane, medieval and modern sources, assembling a cast of characters that includes unhinged aristocrats, ill-fated adventurers, Thomas Jefferson, Julius Caesar, Sigmund Freud, the Colombian drug lord Pablo Escobar, the Danish astronomer Tycho Brahe and more than a few mad scientists ... Cooke unearths old beliefs and debunks modern-day myths with humor and panache ... The book is big on bawdy humor, and while it’s not that weird mating habits and giant genitalia aren’t funny, Cooke describes the 'ins and outs' of animal sex with a glee normally found among middle schoolers ... Cooke’s appetite for the salacious sometimes overwhelms her sensitivity ... The fraught history of humans and animals has lately been the focus of expanding scholarship, insightful meditations such as John Berger’s influential essay 'Why Look at Animals?' and environmentalist critiques. Cooke, however, attempts neither to probe its complexities nor to sound apocalyptic alarms (though she does, dutifully, note the impact of human carelessness and mass consumption on other species). She is not plumbing the depths; she is riding the thermals. Her pace is quick, her touch is light, and through her wealth of research we can reach new heights of wonder.
Read Full Review >>
Positive Irene Wanner,
The Seattle Times
Much of the persistent misinformation about animals, she shows, recurs from early writers and medieval bestiaries (collections of descriptions of real and imaginary animals). For example: since a moose has no knees, it sleeps standing up and leaning on a tree; the hippopotamus snorts fire; swallows spend the winter underwater; some birds fly to the moon until spring and others transmute themselves into another animal, according to Aristotle. In fact, truth can be more intriguing than fiction ... Cooke’s extensive travels, research and delightful sense of humor make The Truth about Animals a fascinating modern bestiary.
Read Full Review >>
Positive Erika Engelhaupt,
Science News
Cooke, a zoologist and documentary filmmaker, has a storehouse of such tales of animal adventure. She’s also the founder of the Sloth Appreciation Society, whose motto is 'Being fast is overrated.' That motto gives a glimpse into her sense of humor, which shines through page after page, and her affinity for misunderstood creatures. Cooke battles the notion that sloths are lazy or stupid just because they’re slow-moving. In her book, she set out to, as she writes, 'create my very own menagerie of the misunderstood.' And quite a menagerie it is ... Even hard-core animal lovers will find surprises in these histories ... In the end, the history of zoology reveals as much about our human foibles as about the animals we study. And this book will leave readers more enlightened about both.
Read Full Review >>
See All Reviews >>
What did you think of The Truth about Animals: Stoned Sloths, Lovelorn Hippos, and Other Tales from the Wild Side of Wildlife?
© LitHub | Privacy