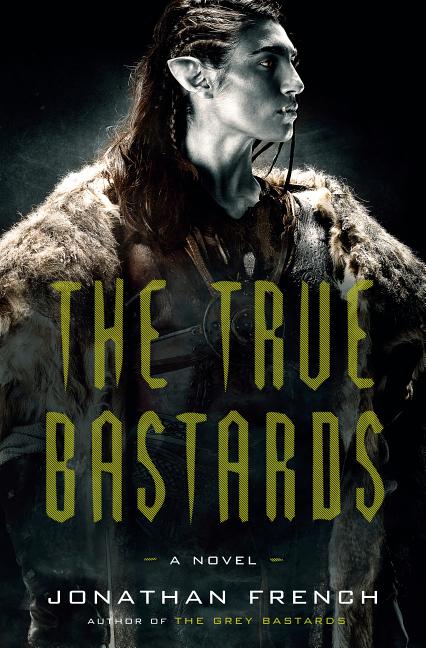 As she strives to lead her hoof to safety and unravel the plots set against them, Fetching must journey through forbidden elven lands, overcome long-standing hatreds, battle a monstrous wizard of terrifying power—and, worst of all, delve into the dark truths of her own existence in the sequel to The Grey Bastards.

What The Reviewers Say
Positive Kristi Chadwick,
Library Journal
The male gaze and attitude is rife but has purpose, one that Fetching and many other female characters upend every chance they get ... French’s sequel to The Grey Bastards continues the half-orcs’ penchant for rough rides, foul language, and heady action sequences.
Read Full Review >>
Rave Kirkus
... a gore-splattered, foulmouthed adventure ... Although the pacing is a bit more methodical in this installment, the story is filled with relentless action and powered by a cast of adeptly developed and emotionally appealing characters ... Fans will be overjoyed not only with the return of some beloved characters, but also with the novel’s conclusion, which sets up the storyline for a much larger adventure to come ... Imagine an outlaw biker gang of half-orcs riding giant war pigs and you’ve captured this saga’s gloriously dirty soul.
Read Full Review >>
Rave Publishers Weekly
... grim but brilliant ... The many cultures are richly detailed, adding depth. This installment will more than satisfy fantasy readers who like deadly battles balanced with intricate worldbuilding and skilled characterization.
Read Full Review >>
See All Reviews >>
SIMILAR BOOKS
Fantasy

Trouble the Saints
Alaya Dawn Johnson
Positive
What did you think of The True Bastards?
© LitHub | Privacy