The Throwaway: A Thriller 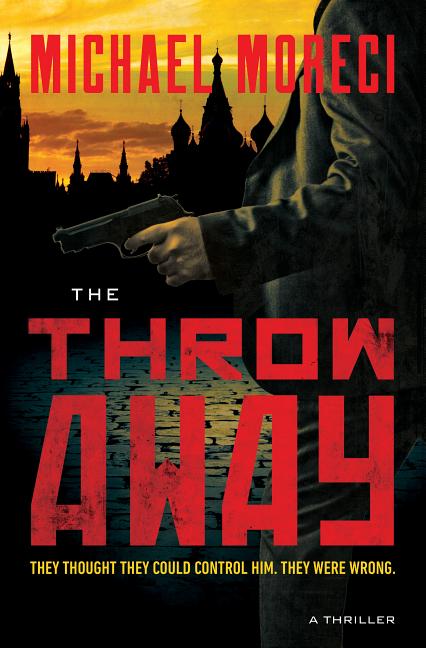 Mark Strain had it all: beautiful wife, a baby on the way, and a skyrocketing career as a D.C. lobbyist. But when Mark is violently abducted from his home by masked men, everything he knows is turned upside down.

What The Reviewers Say
Positive Lloyd Sachs,
Chicago Tribune
Michael Moreci makes a serious foray into espionage fiction with this brisk and timely thriller ... The Throwaway boasts a wide assortment of cliches and stock characters ... But Moreci is good at action scenes, [and] a friendly female double agent livens things up ... Moreci's unassuming style also pays dividends: This is that rare contemporary thriller that is happy to treat the reader to a clean, linear narrative.
Read Full Review >>
Positive Don Crinklaw,
Booklist
Author Moreci attempts to mix a conspiracy novel with an actioner, and it works most times, though we wonder how Mark manages to survive car crashes, near-drownings, and ferocious beatings and still turn up for the next chapter. Still, we don’t wonder all that much because we’re caught up in what is, finally, a fast-moving, entertaining read.
Read Full Review >>
Mixed Ryan Steck,
The Real Book Spy
Overall, Michael Moreci’s latest novel is an entertaining adventure that has shades of Robert Ludlum’s Bourne Identity woven into it. It reads like a movie, which is both a positive and a negative. While the action scenes are well done, there isn’t a ton of depth to the universe Mark is forced to run around in. Also, it’s worth noting that parts of the plot require readers to really suspend their disbelief ... while Mark’s journey is compelling, the rest of the story around him lacks punch. Readers will figure out who the bad guy is before Moreci reveals them, which takes away from the reading experience.
Read Full Review >>
See All Reviews >>
SIMILAR BOOKS
Fiction

The Devil Takes You Home
Gabino Iglesias
Positive
What did you think of The Throwaway: A Thriller?
© LitHub | Privacy