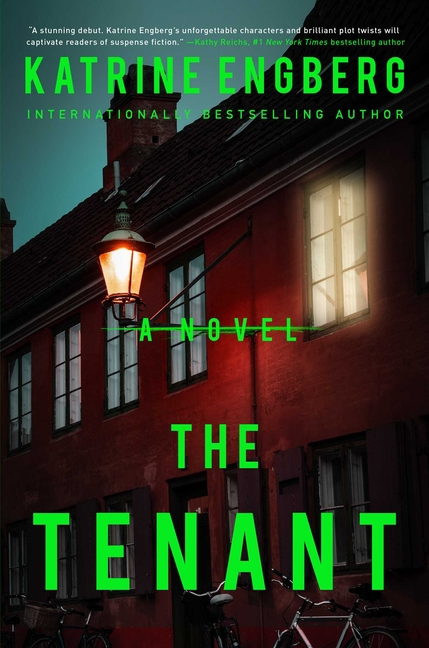 What The Reviewers Say
Positive Elyse Discher,
Bookpage
It’s almost impossible to properly summarize The Tenant; the careful plotting ensures that the mystery unfolds deliberately, with surprises constantly woven into the narrative ... The intensity of the relationships between characters...realistically depict the irritations and idiosyncrasies of people who live and work together. Unlike many other crime-solving duos, the heroes of this novel occasionally grate on each other’s nerves, never quite settling into anything other than a bristly professional relationship ... Despite its darker elements, The Tenant is a police procedural, not a thriller, and readers should prepare for a mystery that takes its time unfolding. That is not to say this novel lacks suspense; the easy pace actually lets the horror of Julie’s murder sink in, rather than getting lost in break-neck action. Engberg’s English language debut promises a gritty, unflinching procedural series, and will leave readers craving the translation of Kørner and Werner’s next adventure.
Read Full Review >>
Positive Holly Elizabeth Rice,
Criminal Element
This Scandinavian noir, with its tightly wound interpersonal relationships, plot intricacies, and frantic tension, is a solid series beginning that showcases Engberg’s talent for crafting thrills ... In The Tenant, it’s not just Jeppe that Engberg has taken care to render in full color; it is clear that every elaborate detail and twisted trick is an artful decision on the author’s part. It’s the complicated web of relationships and wrongdoings amongst Engberg’s cast that flaunts her controlled and nimble plotting. With a story that gets grimmer and grittier as it winds to conclusion, this debut is bound to win Katrine Engberg plenty of steadfast fans.
Read Full Review >>
Positive Rebecca Vnuk,
Booklist
Engberg’s debut novel, a sleeper hit in her native Denmark, is sure to attract comparisons to other Scandinavian thrillers, but it lacks some of the bleakness and creepiness that readers may have come to expect from such Nordic noir stars as Jo Nesbø. Layered, character-driven suspense from authors including Erin Kelly and Ruth Ware may prove to be more apt read-alike suggestions.
Read Full Review >>
See All Reviews >>
SIMILAR BOOKS
Fiction

The Devil Takes You Home
Gabino Iglesias
Positive
What did you think of The Tenant?
© LitHub | Privacy