The Sweet Relief of Missing Children 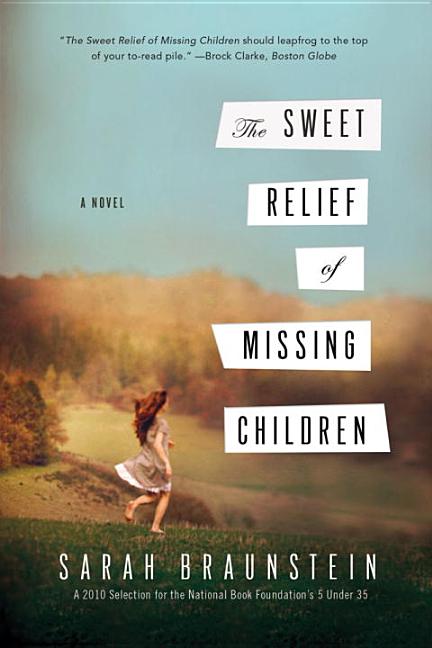 In New York City, a girl called Lenora vanishes without a trace. Years earlier and miles upstate, Goldie, a wild, negligent mother, searches for a man to help raise her precocious son, Paul, who later discovers that the only way to save his soul is to run away.

What The Reviewers Say
Rave Judith Robinson,
Library Journal
These intersecting stories of children in acute circumstances are spun like word art, holding listeners spellbound, unnerved, confused, and helpless ... Highly recommended for those who relish unpredictable, complex literature cut from a unique mold.
Read Full Review >>
Positive BRIAN HIEGGELKE,
New City Lit
At more than 350 pages, The Sweet Relief of Missing Children is a substantial debut novel, but movement is fierce and swift. The division of the novel into six parts (each signifying a leap in time), and these parts into chapters, speeds things along. Braunstein’s writing is richly poetic, bringing to mind the prose of Pulitzer Prize-winner Elizabeth Strout. Objects and people are often portrayed in a state of disintegration, of collapse ... There are times when Braunstein is guilty of over-writing ... The only other notable weakness is the novel’s lack of setting ... This is a novel you won’t want to put down. These are characters you won’t want to stop rooting for.
Read Full Review >>
Mixed Clea Simon,
The Boston Globe
Catharsis, unfortunately, is what is missing from Sarah Braunstein’s accomplished debut, The Sweet Relief of Missing Children ... These lives are depicted in well-chosen details, like the smell of a leaky house or the awkwardness of an adolescent girl ... Occasionally, Braunstein gets a little too writerly ... Ultimately, all of these stories only wind down to grim despair. More than discomfiting, Sweet Relief is unrelenting, showing Braunstein to be a skilled writer who uses her deft pen to depict a joyless view of life in which the best that can be aspired to is anesthetized survival ... Empty artistry, an exercise in showy manipulation...
Read Full Review >>
See All Reviews >>
SIMILAR BOOKS
Coming Soon

The Midcoast
Adam White
Positive
What did you think of The Sweet Relief of Missing Children?
© LitHub | Privacy