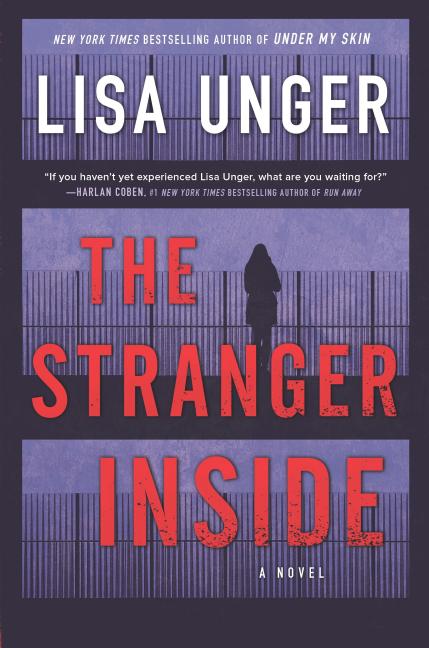 Twelve-year-old Rain Winter narrowly escaped an abduction while walking to a friend's house. Her two best friends, Tess and Hank, were not as lucky. Now Rain is living the perfect suburban life, her dark childhood buried deep. But when another brutal murderer who escaped justice is found dead, Rain is unexpectedly drawn into the case.

What The Reviewers Say
Rave Ivy Pochoda,
The New York Times Book Review
There’s something reassuring about sliding into the hands of a seasoned professional like Unger. You know what you’re getting: in this case another well-crafted psychological thriller in which the torments of the past return to wreak havoc in the present. You know you’re going to get a solid plot, and characters with enough feints and flourishes to keep the pages turning themselves ... Fans of Unger’s books won’t mind that this one sometimes stretches credulity as it races toward a juicy climax. But new readers will certainly appreciate what she does outside the whodunit plotline. There is something unexpectedly brilliant in The Stranger Inside, and it’s not Rain’s struggles with her past; it’s her struggle with her present as a new mother ... Unger’s weaving of Rain’s maternal, professional and even marital conflicts into the fabric of her thriller feels so natural and effortless that it’s easy to imagine mothers cheering upon reading their experiences so perfectly depicted ... Unger avoids the cliché of portraying Rain’s husband as unfeeling, unhelpful or uncaring ... This duality is the genius of solid crime fiction, and when your work is as assured as Unger’s, it’s O.K. for the secondary plot to threaten to upstage the crime.
Read Full Review >>
Rave Ray Palen,
Bookreporter
Lisa Unger is the real deal. Although she now has 17 novels under her belt, it still feels like she's just getting started ... This book will push readers to question what the true definition of justice is and the fine line that it finds itself teetering on with other terms like revenge and retribution ... Unger delves deeper into the human psyche than she possibly ever has gone before --- and that is saying something as she already is one of the best out there at depicting psychological terror and moral ambiguity in her characters ... I guarantee readers will revel in this very same brand of justice and recognize that Lisa Unger has been their personal tour guide into the dark side of the human condition.
Read Full Review >>
Rave Crime by the Book
... will prove to be a surefire hit for crime fiction readers looking for a page-turning, richly developed thriller with serious entertainment value ... Unger expertly draws the reader into the rich psychological terrain of her characters, unspooling layers of intrigue and suspense in this stellar character study ... Unger has crafted here truly superb suspense protagonists ... Lisa Unger’s characters are vivid, raw, and crafted with serious intention and depth; her plotting is precise and surprising, sustaining white-knuckle tension long after the killer’s early reveal; her story is fresh, inventive, and hugely entertaining. Readers looking for a psychological thriller-meets-character study that takes them inside the mind and motivations of a serial killer will love
Read Full Review >>
See All Reviews >>
SIMILAR BOOKS
Fiction

Dirt Creek
Hayley Scrivenor
Rave
What did you think of The Stranger Inside?
© LitHub | Privacy