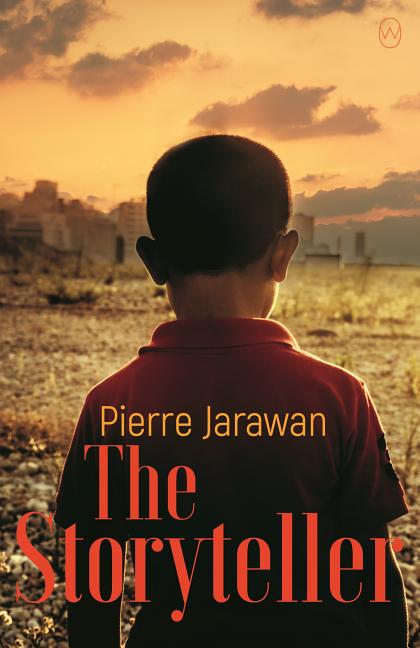 Struggling to come to terms with his own identity, Samir leaves the safety of his family’s adopted home, Germany, for volatile Beirut in an attempt to find his missing father. The only clues Samir has are an old photo and the bedtime stories his father used to tell him.
Mixed
Based on 3 reviews

What The Reviewers Say
Positive Anthony Cummins,
The Guardian
...while Jarawan guides us through Lebanon’s history of sectarian conflict, embedding political context in ever-so-slighty hokey dialogue, he’s ultimately concerned with affairs of the heart ... Jarawan’s style is pacy and unadorned, with a narrative design that urges you on. Samir’s hopes of uncovering the truth are raised, dashed and revived over and again: his grandmother in Lebanon is one of several interlocutors to tell him they have no useful information before suddenly remembering that they do, just as a chapter ends ... Jarawan skilfully reconciles the novel’s potentially competing goals of educating his readers as well as entertaining them.
Read Full Review >>
Mixed Lindsay Semel,
Asymptote
The most successful element of the novel is [the] lack of a truly satisfying resolution ... Unfortunately, some other aspects of the novel are less successful. The family scenes that precede Samir’s father’s disappearance are just a shade too rosy, and the main female characters—Samir’s mother, sister, and love interest—are all essentially the same: sweet, pretty, faithful, and patient ... Samir and his father, as you may have already understood, are easy characters either to sympathize with or to condemn. The same could be said for Lebanon, itself a character in this narrative. Their challenge is to construct a viable future on such an uncertain foundation. To believe in success is a mandatory leap of faith.
Read Full Review >>
Mixed Kirkus
Jarawan has just the right touch on some of the finer details, as when he writes in Samir’s voice that he remembers the date Nov. 22, 2000, not because it was when he lost his virginity but 'because that’s the day Mother died.' His depiction of a Lebanon once torn apart by civil war is also well-nuanced, though, once stripped of these elements, the novel is overall a more or less standard procedural: Someone disappears, someone goes on the hunt, assembles clues, hears from many voices, and solves the mystery. In all that Jarawan is a competent but not yet distinguished storyteller, and the plotline predictable. A middling story, then.
Read Full Review >>
See All Reviews >>
What did you think of The Storyteller?
© LitHub | Privacy