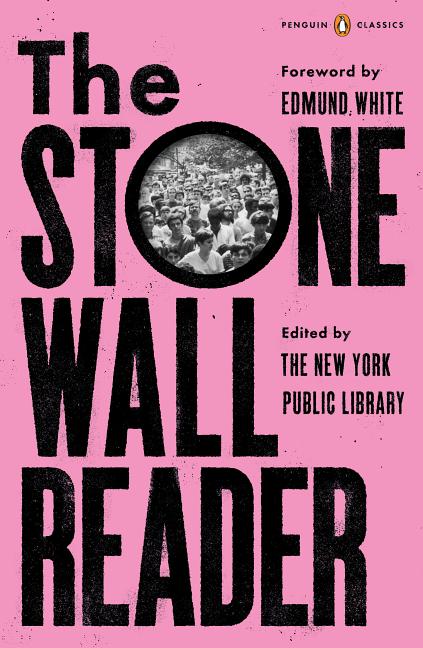 For the fiftieth anniversary of the Stonewall uprising, an anthology chronicling the tumultuous fight for LGBTQ rights in the 1960s and the activists who spearheaded it, with a foreword by Edmund White.

What The Reviewers Say
Rave D. Gilson,
Lambda Literary
As Jason Baumann explains in his introduction, Stonewall 'has become the stuff of queer legend and debate.' The Stonewall Reader beautifully dives into that legend and debate, and its strength lies in its queer messiness ... His carefully curated volume also dispels the myth of white leadership surrounding the events at Stonewall, itself an important contribution ... Baumann accomplishes this by not only diversifying the contributors to the volume–which include figures like Marsha P. Johnson, Audre Lorde, and Sylvia Rivera alongside Samuel Delaney and Mark Segal–but also by deploying a useful teleological organization to the essays, accounts, and interviews ... The book wonderfully reflects how revolutionary moments rarely get portrayed accurately through single voices, and Baumann has produced here a history worth revisiting again and again.
Read Full Review >>
Positive Alexis Clements,
Hyperallergic
With this book, Baumann works to complicate dominant narratives, inserting the voices of queer people of color, trans women, and lesbians, voices that often directly contradict images splashed across movies screens or tired old saws about Judy Garland’s death setting off the violence. These firsthand accounts offer a fuller picture of queer life before, during, and after those pivotal nights in New York. Capturing every angle of historical events like Stonewall is an impossible task, and it’s hard not to see the instances where the book inevitably falls short, but its efforts remind readers of the complexity buried underneath dominant narratives. I couldn’t put the book down. I read it cover-to-cover in just a couple of days, and if it weren’t for having to earn a living and sleeping, I probably would’ve read it in a single day ... There are so many great voices included that it’s difficult to choose highlights ... There are some choices Baumann makes that I didn’t agree with...because they foreground voices and perspectives that have already been heard quite a bit, leaving less space for those whose words haven’t reached wide audiences. Despite my disagreements, the book stands as a worthy attempt at capturing the impossible and resisting singular claims upon history. For those interested in learning more about a critical turning point in American history, this is a reader that will not provide easy answers for an event that should not be considered easily.
Read Full Review >>
Positive Michael Cart,
Booklist
[A] generous and eclectic assortment of writings about the historic event ... This significant book does welcome justice to an event that author Edmund White, who wrote the foreword, says sparked 'an oceanic change in thinking.'
Read Full Review >>
See All Reviews >>
What did you think of The Stonewall Reader?
© LitHub | Privacy