The Son of Good Fortune 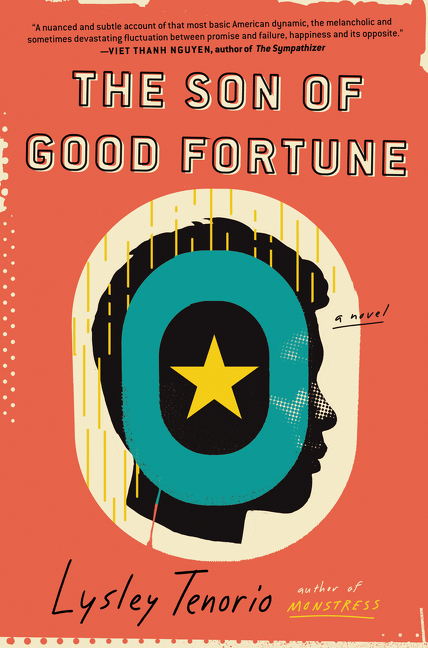 A Filipino teenager tries to live a normal adolescence in the United States, a goal that is complicated by his status as an undocumented immigrant and his mother's unusual livelihood: A former B-movie star in the Philippines, Maxima now makes her living scamming men online.

What The Reviewers Say
Rave Terry Hong,
The Christian Science Monitor
... offers another fierce, revelatory literary experience ... In a riff on the conventional immigrant novel – which features bicultural protagonists tied to two countries, departed and arrived – Tenorio adds a clever twist by creating a citizen of nowhere: Excel is always in limbo, both legally and figuratively ... Tenorio has written a resonant story about what one family is willing to do to 'protect the child.' It’s seamlessly interwoven with cogent explorations of hybrid identity, racism, immigration history, shifting familial bonds, parental sacrifice, socioeconomic disparity, and even alternative social models ... The U.S. Supreme Court recently ruled that the Trump administration could not rescind the Deferred Action for Childhood Arrivals policy on an accelerated schedule, bringing DREAMers back into headlines. That attention should give Tenorio’s affecting novel a well-deserved boost; he humanizes the lives imperiled by shifting immigration policies.
Read Full Review >>
Positive Madeline Leung Coleman,
The New York Times Book Review
The Son of Good Fortune is not overtly political, remaining vague about the pressures the U.S. government puts on people like Excel and Maxima. Tenorio’s insistence on the specificity of his characters’ dreams and longings is its own kind of argument for their right to be here. The women in this book—Maxima, Sab, Maxima’s friend Roxy—are by the far the strongest and most compelling characters. And compared to his mother’s online scheming, Excel’s digital and real-life naïveté sometimes feel unconvincing, as though we’re meant to believe that hermetic disconnectedness is a form of self-protection. Still, Tenorio finds a way for Excel to exercise his own kind of nonconfrontational power ... Ultimately Tenorio’s novel is an affecting portrayal of just how potently a parent can shape the expectations of her child.
Read Full Review >>
Positive Leland Cheuk,
The San Francisco Chronicle
... funny and poignant...couldn’t come at a better time ... Tenorio skillfully wrings high comedy from his characters’ boxed-in lives in a country that doesn’t know what to do with them ... Like the main characters of many coming-of-age novels, Excel’s retiring nature makes him less compelling than his supporting players. For instance, Maxima, a martial arts expert and internet-savvy firebrand, steals every scene she’s in...Tenorio nevertheless finds moments to highlight the son of good fortune’s pathos ... The novel’s back half centers on a big con, with Maxima and Excel teaming up to scam a white guy looking for love (that he can pay for). The line between the exploited and the exploiter blurs in fascinating and uncomfortable ways. The Son of Good Fortune is a timely novel that leaves its central question unanswered: Can’t we, as a nation, do better?
Read Full Review >>
See All Reviews >>
SIMILAR BOOKS
Fiction

Aesthetica
Allie Rowbottom
Positive
What did you think of The Son of Good Fortune?
© LitHub | Privacy