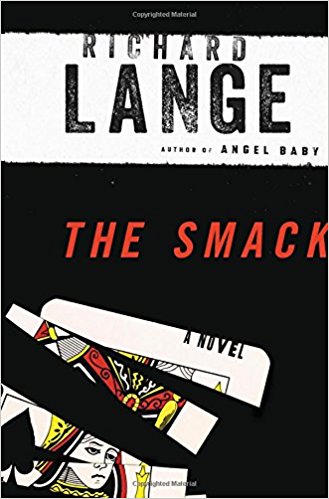 A LA crime thriller in which a down-on-his luck grifter, with a drug-addicted AWOL daughter, is talked into taking part in a dangerous get rich quick scheme.

What The Reviewers Say
Rave Steph Cha,
The Los Angeles Times
Crime fiction is a staple of L.A. literature, which is full of crooks and hustlers, fast-talking wise guys who are tough to seduce and even tougher to deceive. Petty is persistent and reasonably smart, but he’s an entirely different kind of creature, fumbling and ordinary, and this makes him refreshingly realistic even as the plot zooms forward with big twists and the customary thriller propulsion ... Tinafey is a kind, engaging character, a decisive departure from the trope of the sexual and therefore evil femme fatale, and their romance gives this hard-boiled novel a measure of earnest sweetness ... He also reconnects with Sam, with Tinafey’s urging and support, and his precarious relationship with his daughter drives both the plot and the emotional journey of the novel. None of this hokey because Lange is an expert writer, his prose exact, his narrative tightly controlled. Even his occasional excesses — there’s some heavy coincidence with Sam’s story line — are well-managed and easily justified. Petty may be a world-weary 40-year-old con man, but his character brings a fresh point of view to the world of noir L.A. Whatever he’s selling, it’s worth buying.
Read Full Review >>
Positive Marilyn Stasio,
The New York Times Book Review
Even inanimate objects come to life in Lange’s world ... The caper plot is tidier (and more violent) than Lange’s usual free-form efforts, with a solid back story about Army buddies conniving to retrieve the cash they made from stolen goods in Afghanistan. The book is most fun, though, when it focuses on Petty’s clever ruses to separate the rubes from their life’s savings ... Lange’s bread and butter are his quick studies of colorful characters, many of whom die here in unpleasant ways. So it’s only fitting when those who are still alive at the end raise their glasses on New Year’s Eve in a toast 'to the lucky and the unlucky, the swindlers and the swindled, the living and the dead.'
Read Full Review >>
Rave Bill Ott,
Booklist
With all the dexterity of Thomas Perry, Lange walks the thin line between caper novel and blood-splattered noir, leading up to a rip-roaring finale. This fine piece of tragicomic crime fiction sets up like a stand-alone, but we'd sure like to see more.
Read Full Review >>
See All Reviews >>
SIMILAR BOOKS
Fiction

Before She Disappeared
Lisa Gardner
Rave
What did you think of The Smack?
© LitHub | Privacy