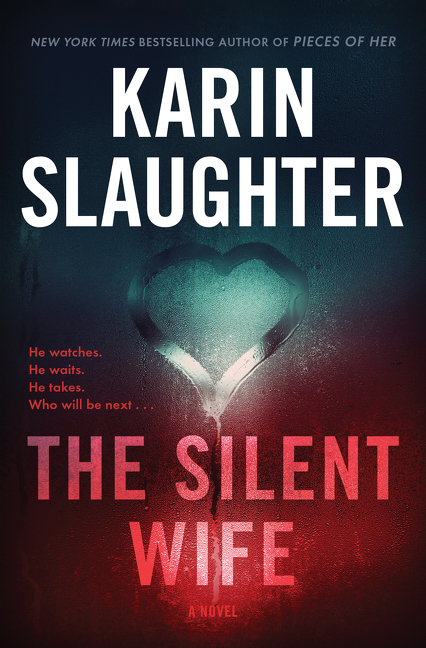 When a battered young woman is left for dead, a prisoner in the state penitentiary points out that the attack closely resembles the one for which he was convicted-and which he insists he didn't commit. Georgia Bureau of Investigation agent Will Trent enlists the help of his girlfriend, medical examiner Sara Linton, to investigate the new case in light of the older one.

What The Reviewers Say
Rave Alison Flood,
The Guardian (UK)
The Silent Wifeis the 10th book in Karin Slaughter’s Will Trent series, but such is her skill that it’s perfectly possible to join the story here, though be warned, if you do, you’ll want to go back to the beginning and discover just how Will and Sara (from her Grant County series) ended up together. As sharp and absorbing as ever.
Read Full Review >>
Positive Nancy Carty Lepri,
The New York Journal of Books
... explosive and haunting with an unexpected and chilling ending. The in-depth description of the atrocious crimes against these women is descriptive and not for the faint of heart yet prove the author has done intense research with both criminal and medical cases. The only detrimental aspect of the novel is the chapters of backstory introduced with the current time frame make it somewhat disconcerting to stay on track. Though this can stand alone, it may be beneficial to read previous issues in this series. Nevertheless, the suspense of this thriller is sure to please the most diehard lover of mysteries.
Read Full Review >>
Rave Michele Leber,
BookPage
The narrative moves between the unsolved Caterino case and the present, gathering momentum as it goes, for another riveting entry in the Will Trent series ... Slaughter adds depth to her best-selling series with the investigations of old and current cases, while also advancing the key personal relationship. Another slam dunk.
Read Full Review >>
See All Reviews >>
SIMILAR BOOKS
Fiction

Dirt Creek
Hayley Scrivenor
Rave
What did you think of The Silent Wife?
© LitHub | Privacy