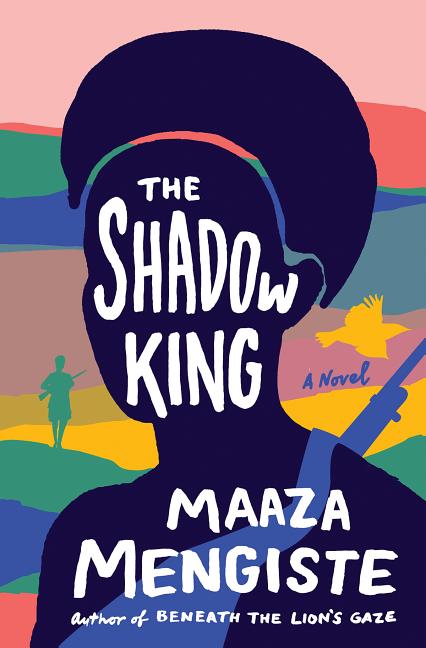 Set during Mussolini’s 1935 invasion of Ethiopia, The Shadow King takes us back to the first real conflict of World War II, casting light on the women soldiers who were left out of the historical record.

What The Reviewers Say
Rave Namwali Serpell,
The New York Times Book Review
... lyrical, remarkable ... [the book] somehow manages to solve the riddle of how to sing war now. She doesn’t seek a narrow path between the straits of these artistic and ethical questions. Instead, she encompasses them in all their contradiction, laying them out in breathtakingly skillful juxtaposition ... All these chapter forms are short, if unpredictable, and the reader feels not at the whim of an experimental dictator, but in the steady hands of a master ... There’s no humor in this novel; laughter is bitter, sarcastic, mad and, just once, happy. But we come to realize that these are deliberate poetic choices — for simplicity and sublimity — as even more references to the Greeks emerge ... a surreal penultimate scene that seemed the only misstep in this majestic novel ... I forgave it because, for once, all this grandeur, all this grace, is in the service of a tale of a woman, Hirut, as indelible and compelling a hero as any I’ve read in years. This novel made me feel pity and fear, and more times than is reasonable, gave me goose bumps.
Read Full Review >>
Rave Sam Sacks,
The Wall Street Journal
... a work of reclamation in a number of ways. For one thing, the story, which dramatizes the invasion and the tenacious Ethiopian resistance, shines a light on a conflict that has often been forgotten behind the battles of the world war that followed it. Ms. Mengiste furthermore centers on the Ethiopian women who played a vital but almost completely unrecognized role in the insurgency. But most important, The Shadow King is not a story about helpless victims of colonial conquest. Against the odds, it is written in a key of pride and exaltation, and its characters have the outsize form of national heroes ... Ms. Mengiste ambitiously stretches her canvas to include colliding perspectives ... The battle scenes—the best passages in this busy, stirring novel—also have a strongly visual, even cinematic, flair.
Read Full Review >>
Rave Colin Grant,
The New York Review of Books
One of Mengiste’s strengths is her determination to capture not just the Ethiopian patriots’ mindset but also the invaders’ point of view ... short, crisp chapters, with writing that is by turns as succinct and precise as a military dispatch and as lyrical as a poem ... the novel burns with shame and dishonor ... Mengiste proves a careful navigator of the horrors of the past, bringing the reader close to the limits of what can be borne. It’s uncanny because at times the novel can feel as if a photographer’s filter has been placed in front of it ... Sometimes historical novelists suffer from a nervous tendency to flag their research, leading to a separation, especially in tone, between the factual and fictional. But everything in The Shadow King, whether invented or not, seems plausible ... This historical novel characterizes the past not as a faithful reproduction, a fact subjected to a photographic fixative, but rather as a negative that develops over the book’s course so that some lasting and vivid truths emerge, perhaps only hinted at in the beginning but unassailable by the end.
Read Full Review >>
See All Reviews >>
SIMILAR BOOKS
Fiction

Talk to Me
T C Boyle
Mixed
What did you think of The Shadow King?
© LitHub | Privacy