The Sense of Wonder 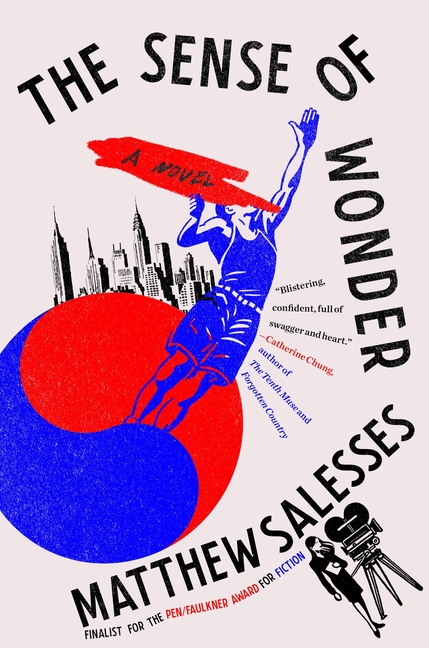 When Won Lee, the first Asian American in the NBA, stuns the world in a seven-game winning streak, the global media audience dubs it "The Wonder"—much to Won's chagrin. Meanwhile, Won struggles to get attention from his coach, his peers, his fans, and most importantly, his hero, Powerball!, who also happens to be Won's teammate and the captain. Covering it all is sportswriter Robert Sung, who writes about Won's stardom while grappling with his own missed hoops opportunities as well as his place as an Asian American in media. And to witness it all is Carrie Kang, a big studio producer, who juggles a newfound relationship with Won while attempting to bring K-drama to an industry not known to embrace anything new or different.

What The Reviewers Say
Rave Ron Charles,
The Washington Post
Insightful ... Despite its precise analysis of the myriad manifestations of racism, this is a terrifically physical novel, as quick and compact as any NBA game ... Salesses’s greatest risk is the way he draws the eclectic elements of this dynamic novel together. It’s not just a matter of interlocking plot points — we’ve seen that many times before. No, what Salesses does here is a remarkable feat of artistic prowess that somehow blends the themes of K-drama with the spectacle of sports drama in a way that resets our frame of reference for the Korean American experience. Indeed, it’s a move that doesn’t seem entirely possible until you see the jump yourself.
Read Full Review >>
Rave Kristen Evans,
The Boston Globe
Audacious ... Throughout The Sense of Wonder, Salesses refuses to shy away from frank discussions of race or racism, even as he centers the hopes and fears, frustrations and professional triumphs, of his protagonists. Salesses also declines to bench a complex formal device that would, in the hands of a lesser writer, dissolve under pressure as the clock runs out. Above all, the novel chooses itself. Like 'the Wonder' or 'Linsanity,' you may just have to see it to believe.
Read Full Review >>
Rave Tobias Carroll,
The New York Times Book Review
The dual narration allows Salesses to subtly illustrate the ways his characters’ lives do and do not overlap ... And while there’s plenty of rumination on basketball in an age of celebrity, it’s far from the only concern in this ambitious, expansive work.
Read Full Review >>
See All Reviews >>
SIMILAR BOOKS
Fiction

Margot
Wendell Steavenson
Mixed
What did you think of The Sense of Wonder?
© LitHub | Privacy