The Second Most Powerful Man in the World: The Life of Admiral William D. Leahy, Roosevelt's Chief of Staff 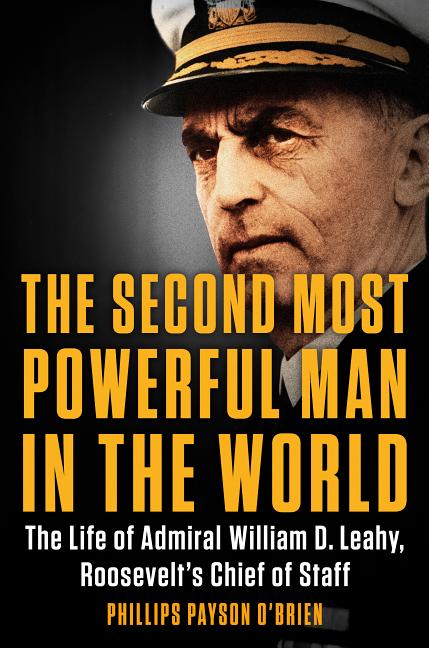 The life of Franklin Roosevelt's most trusted and powerful advisor, Admiral William D. Leahy, Chief of Staff to the Commander-in-Chief.

What The Reviewers Say
Rave Steve Donoghue,
The Christian Science Monitor
Leahy kept a meticulous diary and also wrote an invaluable memoir (with the typically gruff title I Was There), and now, thanks to historian Phillips Payson O’Brien, he at last has the first-rate biography he’s always deserved ... When President William Howard Taft remarked of the young naval aide who accompanied him during a West Coast inspection, 'He’ll ascend to great heights,' he could not have guessed just how far this most famous son of Hampton, Iowa would climb, and O’Brien recounts that astounding career in fascinating detail.
Read Full Review >>
Positive Kirkus
Though William D. Leahy (1875-1959) lacked charisma, his importance has been surprisingly muted over the decades; this excellent life appraisal should help restore it ... A lucid, opinionated life of a man who exerted far greater influence than historians give him credit for—and a book sure to invite spirited argument from historians who disagree.
Read Full Review >>
Positive PW
Leahy is drawn as a complex character who thrived in positions of authority, but who preferred to avoid the spotlight; the book excels at relating the political maneuvering that allowed him to repeatedly upstage better-known historical figures including George Marshall and Douglas MacArthur ... O’Brien provides little analysis of the underlying motivations for Leahy’s actions and can occasionally veers into the realm of hyperbole ... But this is a solid and informative account of a relatively underdiscussed influence on Cold War policies, worldviews, and relationships that still matter today
Read Full Review >>
See All Reviews >>
What did you think of The Second Most Powerful Man in the World: The Life of Admiral William D. Leahy, Roosevelt's Chief of Staff?
© LitHub | Privacy