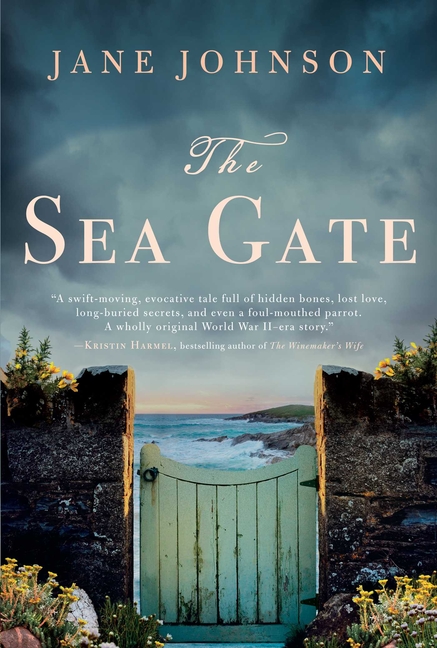 After Rebecca's mother dies, she must sort through her empty flat and come to terms with her loss. As she goes through her mother's mail, she finds a handwritten envelope. In it is a letter that will change her life forever. Olivia, her mother's elderly cousin, needs help to save her beloved home. Rebecca immediately goes to visit Olivia in Cornwall only to find a house full of secrets--treasures in the attic and a mysterious tunnel leading from the cellar to the sea, and Olivia, nowhere to be found. As it turns out, the old woman is stuck in hospital with no hope of being discharged until her house is made habitable again. Rebecca sets to work restoring the home to its former glory, but as she peels back the layers of paint and grime, she uncovers even more buried secrets--secrets from a time when the Second World War was raging, when Olivia was a young woman, and when both romance and danger lurked around every corner.

What The Reviewers Say
Rave Toni V. Sweeney,
New York Journal of Books
This is a story that can be viewed on two levels—and each one is more than satisfactory—that of a love story, and also as a glimpse of a small Cornish town during a tumultuous time in history, when a dramatic turn of events can change an isolated teenager into a daring young woman ... Some readers may argue that the story for Olivia doesn’t indicate a Happily Ever After ending; others will argue that Reda’s revelations bring a somewhat bittersweet closure to that long ago hidden year, while once more returns the freedom she and Hamid experienced. The Sea Gate is a beautifully written story of two women’s courage.
Read Full Review >>
Rave Edward James,
The Historical Novel Society
It is rare to find a dual-narrative novel in which both strands of the narrative are equally compelling. Often the present-day strand exists as a rather pallid framework for the epic narrative from the past. The Sea Gate is a remarkable exception. Each time the narrative switched from present to past or vice versa, it left me on a cliff edge, reluctant to leave the one sequence while yet eager to join the other ... Each strand of the narrative is both a love story and a thriller in its own right. Rebecca is named after the title character in Daphne Du Maurier’s novel, and Johnson’s novel echoes Du Maurier in its strong Cornish sense of place as well as the way it builds the feeling of tension and foreboding. Dual narrative at its very best.
Read Full Review >>
Rave Chika Gujarathi,
BookPage
[Johnson's] latest novel, The Sea Gate, is a beautiful story of love, loss and pain, bouncing between wartime memories of the 1940s and present day ... dives into history, a mind-blowing landscape and even a love story—make The Sea Gate a pleasant read.
Read Full Review >>
See All Reviews >>
SIMILAR BOOKS
Fiction

This Other Eden
Paul Harding
Rave
What did you think of The Sea Gate?
© LitHub | Privacy