The Romanov Empress: A Novel of Tsarina Maria Feodorovna 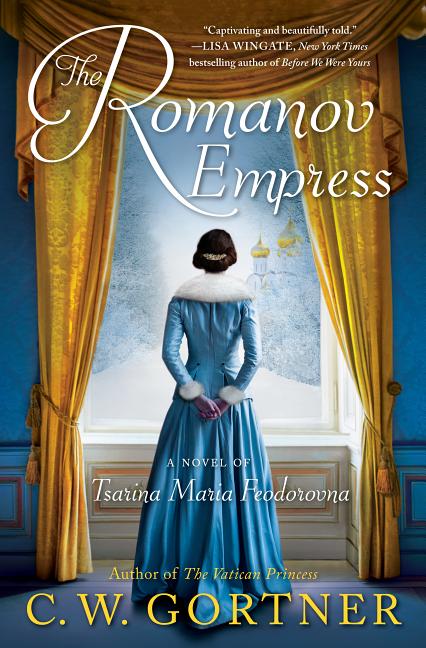 Narrated by the mother of Russia's last tsar, this novel brings to life the story of Maria Feodorovna, who witnessed the excessive splendor and tragic downfall of the Romanovs.

What The Reviewers Say
Rave Carly Silver,
Bookreporter
It descends into the infamous tragedy that befell the imperial family. But The Romanov Empress isn’t a sob-fest; rather, it’s a lush character study of Maria Feodorovna and the fatally flawed life she cherishes to her dying breath ... Gortner tightly weaves international contradictions into the foundations of Minnie’s character, making this impetuous royal a realistic character ... Gortner lavishes just as much attention on the emotional highs of his heroine’s life as the eventual agonies ... Gortner has constructed a masterful portrait of imperial Russia ... individual tragedies rock the whole family unit, one that is doomed to fail oh-so-beautifully.
Read Full Review >>
Positive Mary Cadden,
USA Today
His ability to weave what reads as a simple tale from such complex historical and familial storylines is impressive. With historical fiction, particularly an era so flush with royals and revolutionaries, there is a danger in getting lost in details and shortchanging character development. Happily, Gortner avoids that trap ... Maria’s life as a royal reads like a historical soap opera. The Romanov Empress is blessed with a memorable cast, especially its leading lady.
Read Full Review >>
Positive Arlene McKanic,
BookPage
Maria is fairly good-hearted, but forget about her checking her privilege. According to her, the czar and imperial family were ordained to rule by God. There is no scene in the book more heartbreaking or queasily funny than when Cossacks break into Maria’s bedroom in the middle of the night, and she reminds them that she’s the dowager empress—though by then, it hardly matters. The imperial downfall has already begun ... Gortner is wonderfully subtle, but given the times we live in, the problems are obvious: When a tiny percentage of people hold most of the wealth, it leads to demagoguery. The Romanov Empress relates an important piece of history. It’s also a warning about what comes when a nation is marred by rampant inequality.
Read Full Review >>
See All Reviews >>
SIMILAR BOOKS
Coming Soon

A Trail of Crab Tracks
Patrice Nganang
Positive
What did you think of The Romanov Empress: A Novel of Tsarina Maria Feodorovna?
© LitHub | Privacy