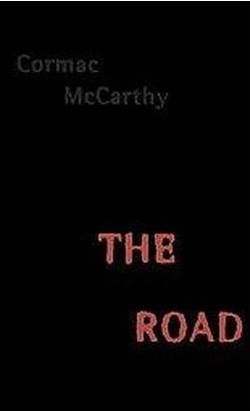 Winner of the Pulitzer Prize

A boldly imagined future in which no hope remains, but in which a father and his son, “each the other’s world entire,” are sustained by love.

What The Reviewers Say
Rave Michael Chabon,
The New York Review of Books
The paradox in every part and sentence of the post-apocalyptic narrative—evoking even as it denies—is repeated as if fractally by The Road as a whole … All the elements of a science fiction novel of the post-apocalypse are present or at least hinted at...There are bits of satire of a very dark order in the hints that religious extremism caused the holocaust, and in the relentless way McCarthy deprives the foolish reader of the reassurances … The Road is neither parable nor science fiction, however, and fundamentally it marks not a departure but a return to McCarthy’s most brilliant genre work, combined in a manner we have not seen since Blood Meridian: adventure and Gothic horror.
Read Full Review >>
Rave Janet Maslin,
The New York Times
This is an exquisitely bleak incantation — pure poetic brimstone. Mr. McCarthy has summoned his fiercest visions to invoke the devastation. He gives voice to the unspeakable in a terse cautionary tale that is too potent to be numbing, despite the stupefying ravages it describes. Mr. McCarthy brings an almost biblical fury as he bears witness to sights man was never meant to see … His use of language is as exultant as his imaginings are hellish, a hint that The Road will ultimately be more radiant than it is punishing. Somehow Mr. McCarthy is able to hold firm to his pessimism while allowing the reader to see beyond it. This is art that both frightens and inspires.
Read Full Review >>
Mixed James Wood,
The New Republic
The Road is not a science fiction, not an allegory, and not a critique of the way we live now, or of the-way-we-might-live-if-we-keep-on-living-the-way-we-live-now. It poses a simpler question, more taxing for the imagination and far closer to the primary business of fiction-making: what would this world without people look like, feel like? From this, everything else flows … There is nothing easy about the machinery of this book—the mise-en-scene, the often breathtaking writing, the terrifying concentration of the evocation—but there is something perhaps a little showy, a little glib, about the way that questions of belief are raised and dropped … The question of endings in an apocalypse must be philosophical as well as merely emotional, even in a novel.
Read Full Review >>
See All Reviews >>
What did you think of The Road?
© LitHub | Privacy