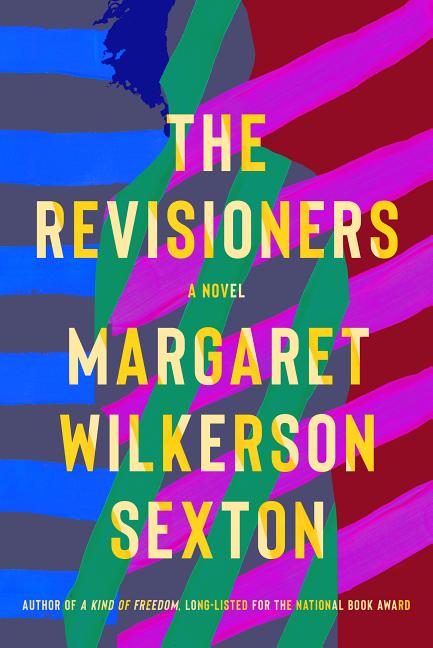 The National Book Award-nominated author of the debut novel A Kind of Freedom returns with this exploration of race and the depths of women’s relationships—powerful women and marginalized women, healers and survivors—in a narrative that moves between the early 20th and 21st centuries and generations of a single family.

What The Reviewers Say
Rave Stephanie Powell Watts,
The New York Times Book Review
...[a] stunning new novel ... Sexton’s writing is clear and uncluttered, the dialogue authentic, with all the cadences of real speech. There is no false teenager slang, no tortured Southern accents or crude approximations of the words of the enslaved. Song lyrics, prayers, chants and Scripture are used liberally to situate the characters in time, but also to bind them to one another through a shared culture. But her prose also contains intimate, particularized glimpses of the main characters’ lives ... the plot itself is not quite the point of The Revisioners.This is a novel about the women, the mothers. The mothers who slough off the rough edges of the terrible tales, who leave the essence of the story without the pathology ... The novel proves that even if she is not with you, your mother (and her mother too) is not only part of you, but is you. You hear her voice echo through your own. You feel her expression creep onto your own face. She has something to pass onto you. The Revisioners also reminds us that though you may share blood, there are also connections deeper and more powerful than blood, connections that turn a collection of individuals into a community, and will forever be more significant than any bond that’s merely skin deep.
Read Full Review >>
Rave Edith Kanyagia,
BookPage
... a passionate exploration of liberty, heritage, sisterhood and motherhood in New Orleans ... Sexton’s characters’ realistic interior thoughts drive the novel, revealing hidden emotions of apprehension and nostalgia ... an uplifting novel of black women and their tenacity.
Read Full Review >>
Rave Emily Dziuban,
Booklist
...a powerful, deeply personal second novel ... It’s rare for dual narratives to be equally compelling, and Sexton achieves this while illustrating the impact of slavery long after its formal end. Nurturing, motherhood, and pregnancy rise up as important themes. Readers will engage fully in this compelling story of African American women who have power in a culture that attempts to dismantle it.
Read Full Review >>
See All Reviews >>
SIMILAR BOOKS
Fiction

Theatre of Marvels
Lianne Dillsworth
Positive
What did you think of The Revisioners?
© LitHub | Privacy