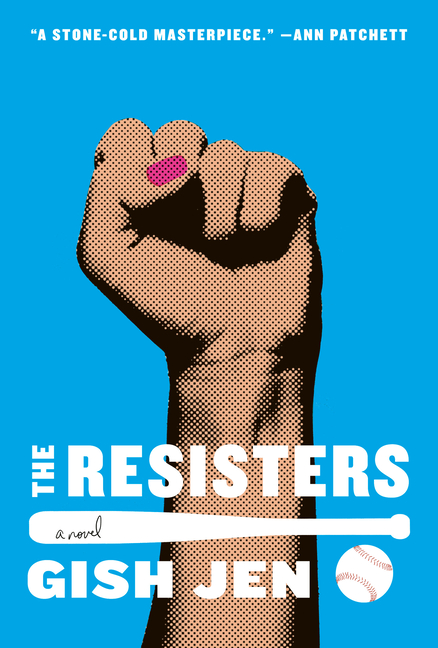 Though gifted at baseball, young Gwen is part of the "Surplus," a mass of disenfranchised people living on the edges of a future society in AutoAmerica—an America that has embraced authoritarian automation. Gwen grows up playing baseball in secret, but when her talent is discovered, she is recruited by Net U, the university for the privileged. She reluctantly agrees to attend and has her moral and personal resolve severely tested.

What The Reviewers Say
Rave Dan Cryer,
Newsweek
This is a dark, frightening and triumphantly original work, a 1984 for our time. It’s the author’s brilliant decision to pit the delights of the All-American pastime, baseball, as antidote to the rigors of the surveillance state. Pleasure versus pain, leisure versus labor, freedom versus regimentation ... perfectly nimble and precise, with just a dollop of humor ... Jen’s terse sentences and short scenes create an irresistible forward momentum. Her dialogue veers from witty (the family) to eerie (the robotic watchers and a few robotic humans) to shamefully naive (Net U. students) By contrast, she makes the Cannon-Chastenets into believable, fully rounded characters. And genuine heroes ... Don’t dare call this fantasy or science fiction. This is a world all too terrifying, dangerous and real.
Read Full Review >>
Rave Wendy Smith,
The Boston Globe
Gish Jen’s fifth novel imagines a dystopia so chillingly plausible ... [a] gripping tale of a family confronting the digitally empowered authoritarian state ... Jen doesn’t over-explain individual elements of her richly textured dystopia; she assumes we can deduce the meanings of her bitingly witty neologisms ... Over the course of three decades, Jen’s social and psychological observations have only sharpened, while her marvelous humor has darkened ... amusing but vaguely menacing, frequently with a sting to follow ... Jen’s closing pages invite optimism about the prospects for change[.]
Read Full Review >>
Rave Maureen Corrigan,
NPR
Jen has too much humor and heart as a writer to do a full-out futuristic nightmare. Instead, the feel of The Resisters is more like that noir sequence embedded within It's a Wonderful Life ... Life in the America of The Resisters is tense, but the wry tone of Jen's characters assures readers that this state of affairs won't be permanent ... primarily plot-driven and its appeal rests on its ingenuity, which is unflagging ... I confess: I like the romantic idea of baseball much more than the reality of reading about or watching the game, so I appreciated that Jen kept her 'inside baseball' descriptions short and sporadic. The power of The Resisters derives, instead, from Jen's inventive elaboration on how the change happened; how Americans gratefully handed over their autonomy to a big combo of machines, AI and the omnipotent Internet ... As speculative fiction goes, this inspired vision of how Americans bought into the sedating fantasy of less stress, less thinking and boundless leisure time hits close to the bone. But, with her characteristic generosity and restrained optimism, Jen doesn't scold or despair. In The Resisters, she offers hope that, after a long, misbegotten seventh-inning stretch, Americans of the near future will be eager to once again play ball and take up the hard work of participatory democracy.
Read Full Review >>
See All Reviews >>
SIMILAR BOOKS
Fiction

To Sleep in a Sea of Stars
Christopher Paolini
Rave
Fiction

Axiom's End
Lindsay Ellis
Positive
What did you think of The Resisters?
© LitHub | Privacy