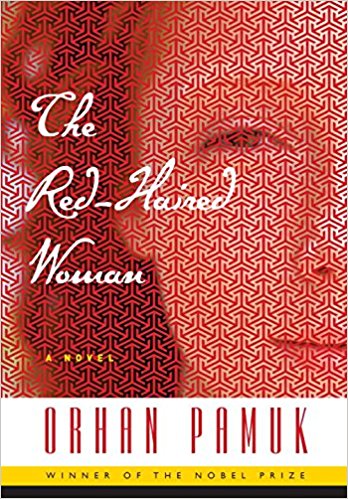 From the Nobel Prize-winning author of Snow and My Name Is Red, a fable of fathers and sons and the desires that come between them.

What The Reviewers Say
Positive Geraldine Brooks,
The New York Times Book Review
Istanbul, his home and his muse, is the ever-present character in his novels; his city’s often-uneasy equipoise between East and West, secular and sacred, traditional and modern adding tension to whatever story is in the novel’s foreground. The Red-Haired Woman once again explores this duality ... Pamuk has a masterly control of mood in this section of the novel, and its sometimes stilted language seems apt for his half-formed, often arrogant, intellectually and sexually curious young narrator ...flits like a barn swallow over fascinating issues of contemporary Turkish life, but never alights long enough to offer interesting insights or even substantially enrich the story ...for this reader, even the relative sprint of Pamuk’s slim book seemed unsustainable.
Read Full Review >>
Positive Shaj Mathew,
The New Yorker
The Red-Haired Woman, translated by Ekin Oklap, brings together what Pamuk considers the crowning myths of the East and West: Ferdowsi’s Persian epic, the Shahnameh, and Sophocles’ tragedy Oedipus the King … In reënacting the fates that befell the tragic heroes of Sophocles and Ferdowsi, The Red-Haired Woman is dominated by two extreme moods: lull and bombshell. The novel assumes a steadier pace in its final chapters … The Red-Haired Woman drapes Turkey’s political situation in the language of myth, suggesting that the ancient pairs of Oedipus and Laius and Sohrab and Rostam may have company in the present.
Read Full Review >>
Mixed Steven G. Kellman,
The Boston Globe
Many of Pamuk’s works, including My Name Is Red, Snow, and The Black Book, contain self-conscious, postmodern twists in which the tale reflects back on itself. This one is packed with so many allusions to patricide and filicide that the plot ends up overdetermined. Perhaps the point is that human freedom is an illusion, that by trying to elude fate we only end up hastening its arrival. But Pamuk has also built a structure whose scaffolding has not been removed. It is a well site that, for all the strenuous digging, comes up dry. Narrated by a middle-aged Cem reflecting on the passions and blunders of his youth, the opening section is the most evocative part of the novel. The rest, delivered by another narrator, is commentary ... The myths of violent encounters between fathers and sons that are the subtext for The Red-Haired Woman are familiar and credible. But the story contrived to give fresh life to those myths creaks.
Read Full Review >>
See All Reviews >>
SIMILAR BOOKS
Coming Soon

Bliss Montage: Stories
Ling Ma
Rave
What did you think of The Red-Haired Woman?
© LitHub | Privacy