The Real Lolita: The Kidnapping of Sally Horner and the Novel That Scandalized the World 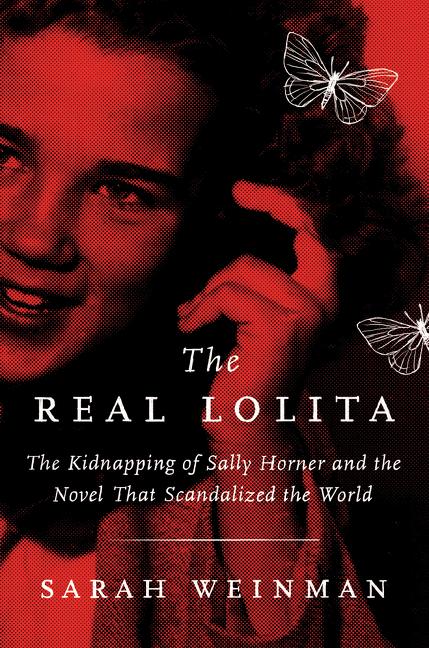 Journalist and editor Weinman combines literary theory and true crime in this speculative account of the 1948 kidnapping of Sally Horner, an 11-year-old New Jersey girl who Weinman posits was the real-life inspiration for Vladimir Nabokov’s iconic 1955 novel.

What The Reviewers Say
Positive Tom Carson,
The Barnes & Noble Review
Weinman succeeds at her most important task, which is to make sure we’ll never think about Lolita or Lolita again without sparing a thought for Sally Horner ... Her dogged reconstruction of what an average day in Baltimore might have been for Sally, based mostly on her probable route to school and back, is especially heartbreaking in the sheer tenacity of her gumshoeing guesswork ... Weinman’s interpolated chapters on Nabokov’s activities in the late 1940s and early 1950s feel a bit makeshift, partly because their content—unlike Sally Horner’s story—is already familiar to the great man’s fans ... biographers and scholars explained Sally Horner’s Lolita cameo in passing, but without doing the spadework that would have led them to realize how close the parallels between her story and Lolita’s actually were ... [Weinman] wants us to remember Sally, and The Real Lolita all but guarantees we will.
Read Full Review >>
Positive Maureen Corrigan,
The Washington Post
By combing through court documents and newspaper accounts and interviewing surviving friends and family members, Weinman has evocatively reconstructed Sally’s nightmare, as well as the sexual mores of mid-20th-century America ... Weinman has compassionately given Sally Horner pride of place once more in her own life, a life that was first brutally warped by Frank La Salle, and then appropriated by one of the most brilliant writers of the 20th century.
Read Full Review >>
Pan Katy Waldman,
The New Yorker
The sections detailing Sally’s abduction read as standard-issue, ripped-from-the-headlines Dead Girl fare ... Weinman has written widely on crime fiction; in her own prose, cheesed-up cliffhangers abound ... The Real Lolita—which has won a flurry of advance praise—hopes to transcend its essential salaciousness and its warmed-over genre clichés by appealing to something resembling restorative justice. But the nets are empty, and the butterflies are already dead ... The problem with Weinman’s approach is that novels aren’t murder mysteries or missing-persons cases. They cannot be reduced ... Weinman’s stance also seems fundamentally anti-fiction. She appears to resent Lolita for depicting cruelty with charm, allusive style, and psychological acuity—for being beautiful, when its subject matter is not. This is an unsophisticated criticism, and Weinman tries to disguise it, by making the act of novel-writing an actual crime, and Nabokov a villain who trapped a girl in a book ... this book presents no evidence that Nabokov exploited Sally Horner to breathe life into his imaginings. What it insinuates, powerfully, is that Weinman has exploited both Sally and Nabokov to justify her prurient interest in yet another sad, dead girl.
Read Full Review >>
See All Reviews >>
What did you think of The Real Lolita: The Kidnapping of Sally Horner and the Novel That Scandalized the World?
© LitHub | Privacy