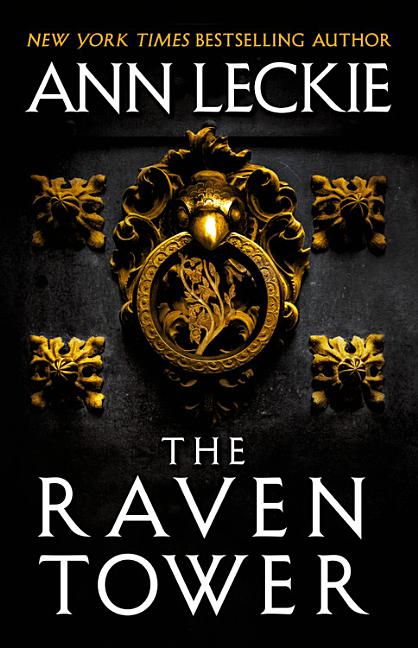 Gods meddle in the fates of men, men play with the fates of gods, and a pretender must be cast down from the throne in this first fantasy novel from New York Times bestselling author Ann Leckie.

What The Reviewers Say
Rave Amal El-Mohtar,
The New York Times
It’s absolutely wonderful ... it reminded me of nothing so much as Hamlet—if Hamlet were told from the point of view of Elsinore Castle addressing itself to a Horatio who mostly couldn’t hear it ... The god’s voice is mesmerizing, tender and careful ... I was struck by how deftly Leckie anchors the vastness of divinity to the intimacy of language and grammar, how the gods need to be taught to speak before they can be bargained with ... it’s managed so tightly with reference to the narrating god’s perspective that it feels closer to the register of folk tale than epic, and is all the more riveting for that ... The Raven Tower is also that rarest of creatures, a stand-alone fantasy novel that’s relatively short ... In some ways the book has the affect of an elegant short story overlying the complications and concerns of a novel ... It’s proof that a story can be entirely told instead of shown and still be utterly brilliant.
Read Full Review >>
Positive GENEVIEVE VALENTINE,
NPR
Leckie has a knack for constructing conflicts where bureaucracy is the primary field of battle, and here she gives governance the epic-fantasy treatment ... [Leckie's approach is] deeply focused world-building as well as a handy character shortcut — there's nothing quite so immediately illuminating as seeing how a character works around, or bristles under, the political status quo ... Eolo, the soldier and ad-hoc royal advisor at the heart of the story, is an engaging subject ... [The book is] also a concentrated study — the book is slender for epic fantasy — and not all the stylistic choices are easy going. (Though its deep concern for language is one of the nicest recurring narrative touches, the voice of the Strength and Patience of the Rock speaking directly to Eolo for long stretches will likely make or break a reader's affinity for the second person.) But at its best, The Raven Tower examines details of power, politics, and the nature of a divinity that can shape our ends, rough-hew them how we will.
Read Full Review >>
Rave Nell Keep,
Booklist
Leckie has created an enthralling and well-realized fantasy world, full of not only magic and gods but also characters representing a broad spectrum of gender and sexuality. Highly recommended for Leckie’s existing fans and anyone looking for exciting and boundary-pushing fantasy.
Read Full Review >>
See All Reviews >>
SIMILAR BOOKS
Fantasy

40
Alan Heathcock
Positive
What did you think of The Raven Tower?
© LitHub | Privacy