The Radicals: A Novel 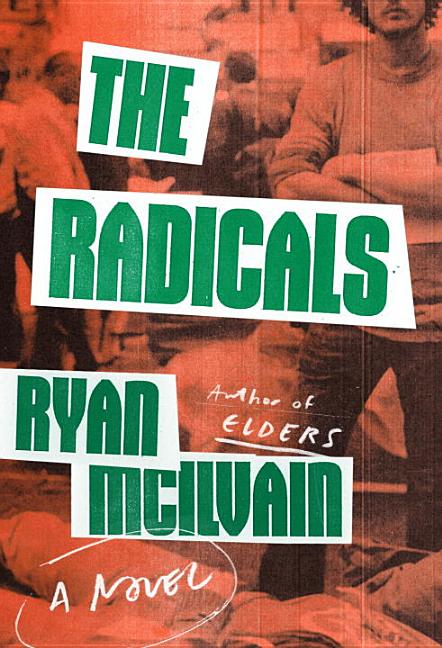 "When Eli first meets Sam Westergard, he is dazzled by his new friend's charisma. The two young men bond over their commitment to socialism, both in theory and in practice... As part of the same socialist group, Eli realizes that some of his fellow intellectuals are more deeply--and dangerously--devoted to the cause than others.

What The Reviewers Say
Positive Zachary Houle,
Medium
Off the top, I’d like to say that McIlvain is a consummate crafter of words. Each word of his prose carries real weight, and it has the cadence of late period Jonathan Lethem. In fact, this book reminds me a bit of Lethem’s Dissident Gardens, just not set in the past and is not loaded to the gills with all sorts of philosophical references. Another trick that the author McIlvain employs is letting his characters speak in monologues. Now, a piece of writing advice given to young writers is to generally avoid monologues. However, McIlvain avoids any pitfalls associated with this device by doing it masterfully. His characters speak of past experiences in the same way that two friends might share a story at a coffee house in a social gathering. This creates a closeness between the reader and characters, as though the former is a fly on the wall in the latter’s (fictional) lives. So McIlvain is a prose stylist who knows what he’s doing. Sadly, though, as much as The Radicals is compulsively readable and effortlessly enjoyable, I do think that the moment for this novel is past ... The Radicals is hardly radical, but, in a pinch, it’s good to go?—?especially if you favour style over substance. While the material might be lacking in some respects, this is a dazzling work from an author worth paying some attention to. A masterwork may not be far behind. Stay tuned.
Read Full Review >>
Rave Cortney Ophoff,
Booklist Online
Rich in socialist ideas and jargon, McIlvain’s exploration of the world of protesters will resound with readers interested in the personal side of dissent. McIlvain offers far more than political commentary, though, as he explores friendship, loyalty, and betrayal in a tale driven by tension and suspense.
Read Full Review >>
Rave Anna Mundow,
Barns and Noble
The Radicals certainly ends on a soaring, rhapsodic note. But the novel is most satisfying when it doesn’t soar; when, for example, in Manhattan at nightfall a drunken Eli watches 'the mysterious switchboard of the opposite buildings activate, permutate, the lights blinking on and off, shifting, sending mysterious signals' or when a desperate Eli loiters outside Jen’s workplace, 'waiting with the manic, rattling feeling of a man who can see a giant countdown in the noonday sky.' This is McIlvain at his best, keeping his eye on the ball.
Read Full Review >>
See All Reviews >>
SIMILAR BOOKS
Fiction

All the Broken Places
John Boyne
Mixed
What did you think of The Radicals: A Novel?
© LitHub | Privacy