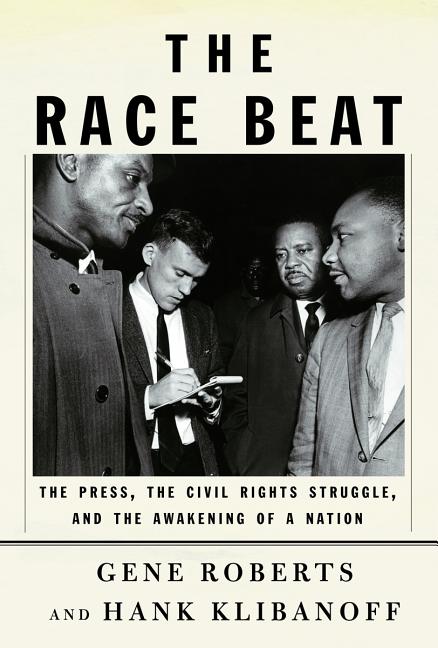 Drawing on private correspondence, notes from secret meetings, unpublished articles, and interviews, veteran journalists Gene Roberts and Hank Klibanoff go behind the headlines and datelines in this Pulitzer-winning history to show how a dedicated cadre of newsmen revealed to a nation its most shameful shortcomings and propelled its citizens to act.

What The Reviewers Say
Rave Raymond Arsenault,
The New York Times Book Review
Veteran journalists Gene Roberts and Hank Klibanoff painstakingly trace the evolution of civil rights press coverage in the South ... The Race Beat is very much an insider’s account. Roberts and Klibanoff are sensitive to the details and challenges of journalistic practice ... The result is a richly textured and balanced narrative that reveals the strengths and weaknesses of the news media, as well as the personal and contingent factors...that influenced the on-the-ground coverage of the movement and its opponents ... Their stories, and the fateful choices of a not-so-distant past, are worth pondering in an imperfect democracy still grappling with both the burdens of race and the responsibilities of a free press.
Read Full Review >>
Rave Thomas Lipscomb,
The Philadelphia Inquirer
Both are consummate masters of the kind of arresting journalism we see too seldom in today's feature-laden McPapers, whose circulation keeps shrinking as fast as their news holes ... They have succeeded in creating a masterpiece. The Race Beat is a riveting piece of social history that balances both its subjects brilliantly. It recalls dimly remembered battles -- and the distinctive personalities and hard-fought issues on all sides -- with the kind of arresting detail that makes them live again, as suspensefully as if the outcome were still in doubt ... There has never been a better study of the importance of a free press.
Read Full Review >>
Rave David Gates,
Newsweek
It's hard to imagine who'd be better qualified to tell the story of the press and America's civil-rights movement ... The Race Beat shows how the press and the story they covered became inextricable ... Roberts and Klibanoff, whose years of journalistic experience have clearly led them to prefer pragmatism over dogma, don't try to draw bright lines in this ethical murk. But they do know about decency and common sense ... The Race Beat has good characters, good yarns and good thinking. Just as important, though, it's got a good heart.
Read Full Review >>
See All Reviews >>
What did you think of The Race Beat?
© LitHub | Privacy