The Queens of Innis Lear 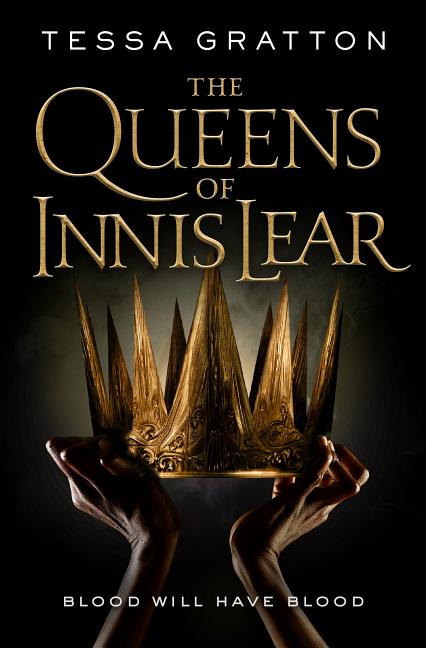 In this reimagining of Shakespeare's King Lear, the titular king has become obsessed with star prophesy, an art he's taught his youngest daughter, Elia, whom he nonetheless exiles from the island of Innis Lear when she refuses to flatter him lavishly enough, leaving him in the hands of his two older, greedier daughters.

What The Reviewers Say
Rave Maggie Reagan,
Booklist
Gratton’s first novel for adults is a force to be reckoned with: she expands the world of Shakespeare’s King Lear and crafts a narrative that, despite its scope, never loses control. The basic plot remains, but the true accomplishment here is the characterization: Lear and his men slip quietly into the backdrop, more catalyst than character, while the women—the difficult, complex, astoundingly realized women—claim center stage. A darkly rendered epic of old magic, hard hearts, and complicated choices.
Read Full Review >>
Positive Amal El-Mohtar,
The New York Times Book Review
Reading Queens is at first a study in finding analogues. While Lear is Lear, his daughters Goneril, Regan and Cordelia become Gaela, Regan and Elia; Edgar and Edmund are Rory and Ban. But the Shakespearean counterparts are at most touchstones for the fully developed characters Gratton writes. Most notably, Gaela and Regan aren’t petty, scheming villains; they’re grieving daughters who’ve had to wonder for years whether their father murdered their mother ... While the storytelling is certainly decompressed — the novel has a somewhat ponderous prologue, seven different points of view, and a flashback every other chapter — Queens is always thoroughly engaging; right up until the end, I found myself wondering with increasing urgency whether this story, like Lear, would end in tragedy. I’ll leave you to wonder, too.
Read Full Review >>
Mixed Liz Bourke,
Tor.com
The Queens of Innis Lear is an atmospheric novel, well-written and well-characterised. Its prose is clear and elegant. But it’s long, and its measured pacing builds to the futile, inevitable destruction of most of its characters’ hopes. I found myself increasing discouraged by the act of reading about people making poor choices out of a lack of compassion or willingness to compromise, or out of pain—for this describes several of the characters. Ultimately, I can’t say that I liked The Queens of Innis Lear, as a novel. But it’s still an interesting work.
Read Full Review >>
See All Reviews >>
SIMILAR BOOKS
Fantasy

40
Alan Heathcock
Positive
What did you think of The Queens of Innis Lear?
© LitHub | Privacy