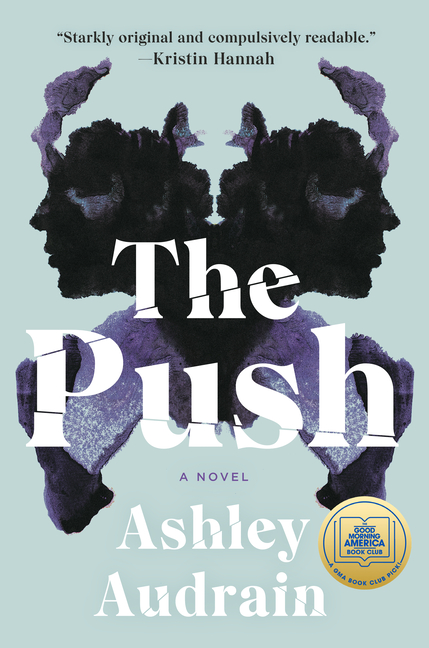 A psychological drama about the making and breaking of a family--and a woman whose experience of motherhood is nothing at all what she hoped for--and everything she feared. But in the thick of motherhood's exhausting early days, Blythe becomes convinced that something is wrong with her daughter--she doesn't behave like most children do. Or is it all in Blythe's head?

What The Reviewers Say
Rave Claire Martin,
The New York Times Book Review
... taut, chilling ... Blythe’s postpartum experience is familiar, and Audrain renders it flawlessly ... Audrain has a gift for capturing the seemingly small moments that speak volumes about relationships ... Audrain conjures the disintegration of marriage, along with the legacy of intergenerational trauma and the pain of parental grief, so movingly that the extent to which Blythe goes off the rails doesn’t seem that far-fetched ... Occasionally the second person gets repetitive, and I found myself longing to hear Fox’s voice — or anyone else’s, really. But the chapters examining Blythe’s family’s past provide texture, and the narrative feels more balanced once Fox’s partner is tricked into dishing on their life, even asking Blythe for parenting advice. Finally, someone thinks she’s a good mother.
Read Full Review >>
Rave Paula L. Woods,
Los Angeles Times
Ashley Audrain indelibly implants her narrator in the reader’s mind ... Through Blythe’s struggles and the slow-motion implosion of her marriage, Audrain cleverly examines and exploits women’s near-universal anxiety that they won’t measure up to some internalized standard of maternal perfection dictated by society ... There are enough novels about unreliable female narrators and neglectful mothers to fill a minivan ... But what makes it stand out from the rest is Audrain’s nuanced understanding of how women’s voices are discounted, how a thousand little slights can curdle a solid marriage and—in defiance of maternal taboos—how mothers really feel, sometimes, toward difficult children. Women who have experienced such trying circumstances, or even just imagined them, will see themselves depicted authentically, without the judgment and hand-wringing that so often accompanies typical genre fare. Just as satisfying was the buildup to the resolution ... These broader investigations make The Push more than a novel of suspense, the sum of its parts speaking to the burdens we all carry, whether we are mothers or simply children of women who did the best they could, however far their best efforts may have fallen short.
Read Full Review >>
Rave Christobel Kent,
The Guardian (UK)
... blockbusting debut about the dark side of motherhood ... Well thought out, carefully crafted, vividly realised and gripping, this is a clever concept novel that manipulates and exploits the fears and insecurities almost every mother has, however happy her own childhood: the fear of otherness, and the illusion of motherhood as a great, beaming, muffin-baking club from which one is excluded ... The Push turbo-charges maternal anxieties with a fierce gothic energy that comes in part from the dark stories of Blythe’s antecedents and in part from the ever-present, primal fear of the Bad Mother ... Lacking the toxic sociological heft of Lionel Shriver’s We Need to Talk About Kevin, the book can sometimes feel exploitative and occasionally overwritten [...] but given the strong meat that is its subject matter, that is hardly surprising. To say that the ending left me flabbergasted and incensed would be an understatement, but this could well be Audrain’s intention. One of the messages she urgently conveys is, after all, that this reproduction business does not end simply, or easily – or, indeed, ever.
Read Full Review >>
See All Reviews >>
SIMILAR BOOKS
Fiction

Find You First
Linwood Barclay
Positive
What did you think of The Push?
© LitHub | Privacy