The Pull of the Stars 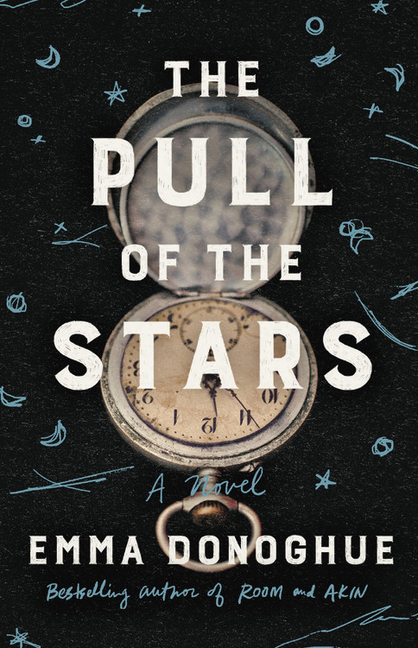 A novel set in 1918 Dublin offers a three-day look at a maternity ward during the height of the Great Flu pandemic, from the point of view of three women.

What The Reviewers Say
Rave Karen Thompson Walker,
The New York Times Book Review
... [an] arresting new page-turner of a novel ... Readers familiar with Donoghue’s masterly 2010 best seller, Room, will recall the focused intensity she can bring to bear on constricted spaces ... unfolds at the pace of a thriller ... The narrow aperture of the maternity ward allows Donoghue to focus on one of the novel’s most compelling preoccupations: the lives and bodies of women ... Even in Julia’s slightly euphemistic voice, the sheer attention devoted to these descriptions functions as a kind of unadorned reverence for the work and pain and strength of women — and how the paths of their lives are so often defined by the workings of their bodies ... The scenes in the 'fever/maternity' ward are so enthralling that the novel loses a bit of its fire — and realism — whenever it leaves that room, but these departures are thankfully rare. Donoghue seems most interested in the dramas of this one space — with which she manages to make clear the broader constrictions and injustices of an entire Irish society ... affecting.
Read Full Review >>
Rave Wendy Smith,
The Washington Post
... the pandemic is simply a backdrop for Donoghue’s searing portrait of women’s lives scarred by poverty and too many pregnancies in a society that proclaims ... From these dark materials, Donoghue has fashioned a tale of heroism that reads like a thriller, complete with gripping action sequences, mortal menaces and triumphs all the more exhilarating for being rare and hard-fought ... Many novels depict the brotherhood of men at war. Donoghue celebrates the sisterhood of women bringing life into the world and those who help them along this perilous journey. ... The Pull of the Stars closes with a final surge of plain-spoken poetry.
Read Full Review >>
Rave Patricia Craig,
The Times Literary Supplement (UK)
...a drama of drudgery, solicitude, alarms and obstetrics ... almost ludicrously timely – and engrossing ... at once harrowing and heartening ... The events of The Pull of the Stars are mostly confined to Julia’s makeshift maternity ward and unfold over a period of just three days, in the course of which much emotion and activity is generated. The brief timespan makes for succinctness and intimacy ... Once again – following on from her earlier books...Emma Donoghue takes the stuff of a newspaper headline as a starting point, and expands and transforms its core element into an original and arresting work of fiction.
Read Full Review >>
See All Reviews >>
SIMILAR BOOKS
Fiction

Trust
Hernan Diaz
Rave
What did you think of The Pull of the Stars?
© LitHub | Privacy