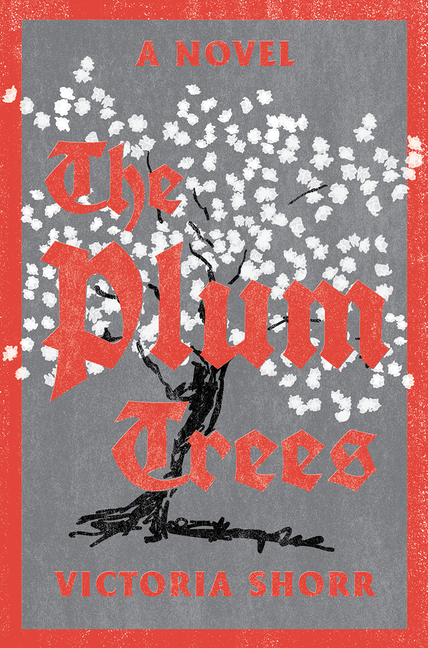 A tale about one woman's quest to recover her family's history, and a story of loss and survival during the Holocaust.

What The Reviewers Say
Positive Tadzio Koelb,
New York Journal of Books
This book is, indeed, a page-turning search for the truth about Hermann. But the real search is Consie‘s thought-provoking quest to understand the meaning of evil, guilt, and survival. Why did so many people allow the evil of Nazism to happen? Why did some victims survive and others die? ... While Holocaust novels are hardly rare in modern literature, the good ones bring their own particular strengths. For The Plum Trees , one such strength is its portrayal of Hermann’s desperate faith in normality ... it’s frustrating that there’s so little about Consie and her world ... It would be easier to care about her dual search if she were a more fully fledged character.
Read Full Review >>
Positive Publishers Weekly
Shorr’s immersive latest delves into the fate of a Czech Jewish family sent to Auschwitz during WWII ... Through various historical sources, including an oral history made by Hermann’s late daughter, Magda, Consie absorbs accounts of the brutal treatment of the Jews in Nazi-occupied Europe and later at the death camps. Shorr draws from real-life accounts for gruesome details of the latter, in which babies were burnt alive, young girls with 'beautiful skin' were turned into gloves, and survival 'was less a matter of heroic triumph than of simple chance.' ... This moving account makes clear the need to remember the horrors of war.
Read Full Review >>
Rave Kirkus
A woman retraces her great-uncle’s steps through Auschwitz ... It’s a story within a story, and it’s so vividly and urgently written that, reading it, it’s easy to forget about Consie and her search entirely. But when Magda’s story ends, Consie’s continues. Shorr’s prose is powerful but never overblown, and while the details she includes about the suffering endured at Auschwitz might not be entirely new to most readers, the novel as a whole is still deeply moving. There’s also a subtle and very smart commentary running through the book about not only how history is recorded, but how it is then experienced and sometimes resisted ... you’ll have trouble putting it down at all, much less slamming it shut. Written with urgency, elegance, and grace, Shorr’s novel is a deeply moving account of a family’s suffering.
Read Full Review >>
See All Reviews >>
SIMILAR BOOKS
Fiction

Act of Oblivion
Robert Harris
Rave
What did you think of The Plum Trees?
© LitHub | Privacy