The Pianist from Syria: A Memoir 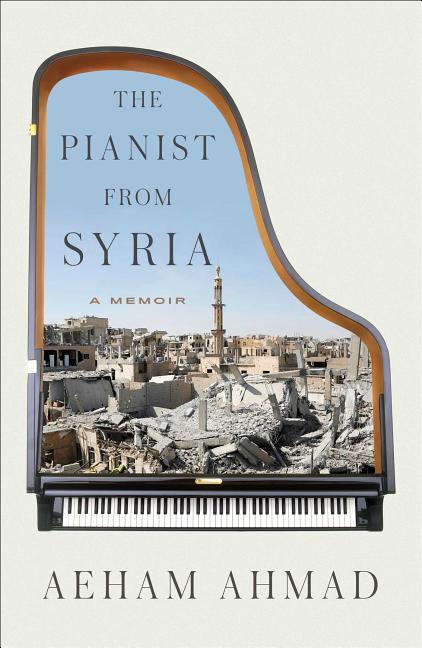 The man who gained attention on YouTube for playing piano amid the ravaged neighborhoods of war-torn Syria tells his life story—from his coming of age as the son of Palestinian refugees, to his training as a pianist and family music business, to his eventual flight form the country that is still in the midst of civil war.

What The Reviewers Say
Positive Deborah Mason,
BookPage
In The Pianist from Syria, Ahmad tells the story of his family’s terrible deprivations during the civil war. His losses are profound, and it was truly miraculous that he and his family were finally able to escape to safety in Germany. Yet the true hero of this story is Ahmad’s music ... Written in an open, honest style, The Pianist from Syria is a testament to the resilience and beauty of ordinary people with simple dreams.
Read Full Review >>
Positive Laura Chanoux,
Booklist
Ahmad's memoir ... brings readers inside Yarmouk, where passing through a checkpoint means risking arrest, and snipers shoot starving people as they wait for UN aid boxes. His is a unique and affecting viewpoint on life in Syria before and in the midst of extreme violence.
Read Full Review >>
Rave Sara Podwall,
San Francisco Book Review
Even through translation, Aeham’s voice shines. Aeham writes earnestly, describing his home with loving and evocative detail. His father shines in Aeham’s memory. Everything is told with the impending terror in mind. Stories from his childhood serves as a heartbreaking juxtaposition to his later life when his family is on the brink of starvation. As a Palestinian refugee, Aeham struggles with his place in the war—a fight that takes place in his home but not his country. His memoir is unforgettable, finally revealing the story behind the famous photographs.
Read Full Review >>
See All Reviews >>
What did you think of The Pianist from Syria: A Memoir?
© LitHub | Privacy