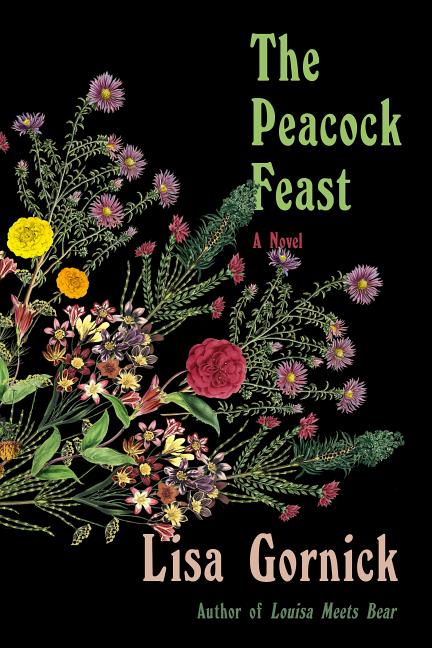 In this imagined history, an aged Prudence looks back on her troubling life under the gilded roof of Louis C. Tiffany—the son of the founder of Tiffany & Co. and the company's design director—prompted by a visit from her grandniece nearly a century later.

What The Reviewers Say
Rave Lloyd Sederer,
New York Journal of Books
Lisa Gornick, as a writer and a psychoanalyst, beautifully reveals the natures of a host of characters: rich and poor, drunken and abstemious, impulsive and cautious, artistic and crass, and those who are noble though not of nobility and those of (mostly American) nobility who are far from noble. She gives us a four-generational tale that begins and ends with hope ... A great novel, which this surely is, transports us through time, place and into the souls of its characters ... You will be deeply moved. You may cry at the end of this novel. Gornick has given her readers a tale suffused with pathos and moral imperative, which tugs kindly and powerfully at our hearts.
Read Full Review >>
Rave Katherine A. Powers,
Newsday
...[a] wonderfully complex, many-stranded novel ... Gornick weaves it all into the fictional fabric with exceptional cunning ... A nimble exercise in interlaced stories and psychological insight, The Peacock Feast is marvelously rich in character, event and locale ... Along the way, the several story lines address the balance of chance and fate, opportunity taken and opportunity denied, the cost of buried memory and the centrality of loss. The result is a thoroughly rewarding novel and, though not terribly long, a truly mighty one.
Read Full Review >>
Mixed Sam Sacks,
The Wall Street Journal
It’s not altogether clear what to make of this kind of revisionism. What are the ethics of leveling shocking fictionalized allegations against real historical figures? Is the accusation something Ms. Gornick unearthed in her research (she lists her sources at the end of the book) or is it pure invention? The fact that the reader cannot tell seems like a violation of the historical novelist’s contract with the past. The novel is on firmer ground when it relates the lives of women who have tended to go overlooked by biographers ... The Peacock Feast dwells on suffering and trauma but it’s at its best in the key of celebration.
Read Full Review >>
See All Reviews >>
SIMILAR BOOKS
Coming Soon

A Trail of Crab Tracks
Patrice Nganang
Positive
What did you think of The Peacock Feast?
© LitHub | Privacy