The Patron Saint of Pregnant Girls 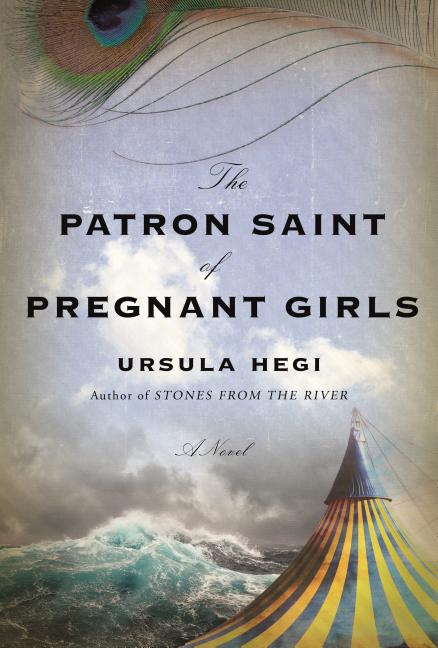 A folklore-inflected tale focused on three mothers, a highly unusual group of nuns, and a chorus of Old Women who comment on everything.

What The Reviewers Say
Rave Clea Simon,
The Boston Globe
...a lyrical meditation on motherhood and mourning ... Cast largely as a series of intimate vignettes, these everyday interactions are depicted with a sensitivity that gives these most human of relationships their proper weight. Narrated by a succession of characters, they are beautiful in their specificity ... In Hegi’s precise, almost imagistic prose, such quotidian scenes come to seem as magical as the miracle Sister Hildegunde is constantly attempting to paint.
Read Full Review >>
Rave Elizabeth Hand,
The Washington Post
... a surprisingly sunlit tale of grief and rebirth, drawing on history and folklore to create an indelible portrait of a family and community forged in crisis ... Hegi performs a kind of alchemical cartography, transporting readers to a place so vividly rendered they may undergo culture shock upon reentering our own damaged world ... At times, the sweetness overwhelms the book’s grittier, more compelling story lines. Childlike Heike doesn’t just marry a beekeeper, she plays the cello like a dream. Kalle, a toymaker, leaves the circus to visit Lotte, arriving on a zebra. Still, even the most fanciful scenes feel deeply embedded in grief ... Hegi’s deeply compassionate novel charts the shadowlands where grief makes its home.
Read Full Review >>
Rave Alida Becker,
The New York Times Book Review
How can a novel that begins with a drowning and probes the depths of loss, grief and longing be such a joy to read? Part of the answer can be found in Hegi’s rhapsodic conjuring of the natural wonders of Nordstrand, in her depiction of the warmth of its people and the emotions that move them, sometimes against their best interests. There’s also her ease in deploying a large and varied cast of characters.
Read Full Review >>
See All Reviews >>
SIMILAR BOOKS
Fiction

This Other Eden
Paul Harding
Rave
What did you think of The Patron Saint of Pregnant Girls?
© LitHub | Privacy