The Panda of Death 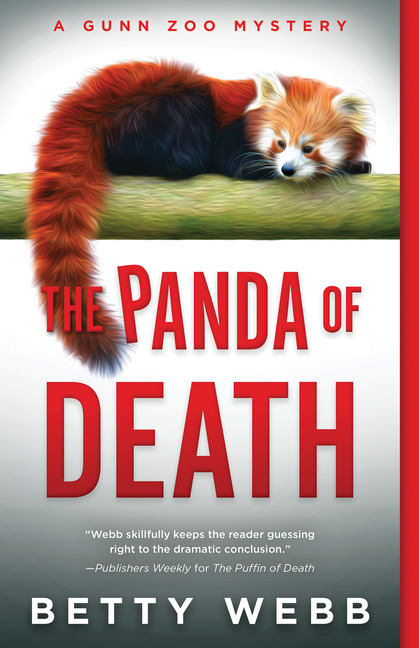 Zookeeper Theodora “Teddy” Bentley discovers that her husband, Sheriff Joe Rejas, unknowingly fathered a son with a high school sweetheart. That son, 18-year-old Dylan, is arrested for the murder of his mother’s former abusive boyfriend—but Teddy knows the real killer is on the loose.

What The Reviewers Say
Positive Roz Shea,
Bookreporter
There are a lot of players in The Panda of Death, and initially I had a heck of a time keeping track of everyone. However, as the story swiftly moved forward, I became so fascinated by this righteous heroine and caught up in the tangle of improbable events that I whisked through the pages with a smile ... what’s not to love about this character?
Read Full Review >>
Positive Michele Leber,
Booklist
There is one shock after another in Webb’s sixth Gunn Zoo mystery ... Although the murderer’s apprehension is a bit hastily executed, the charm of this series carries through, particularly with Teddy’s love and care for her animal charges, and for the humans who visit them.
Read Full Review >>
Positive Kirkus
... disquieting ... Jealousy, crafty zoo critters, and unintended consequences wrapped in an often humorous mystery full of quirky characters.
Read Full Review >>
See All Reviews >>
SIMILAR BOOKS
Coming Soon

On Java Road
Lawrence Osborne
Rave
What did you think of The Panda of Death?
© LitHub | Privacy