The Paladin: A Spy Novel 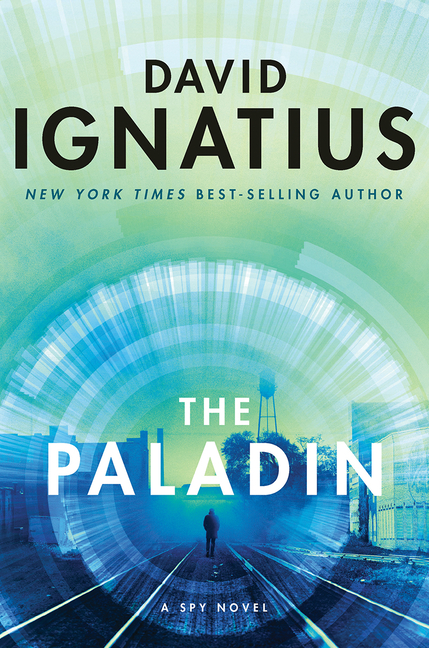 When a daring, high-tech CIA operation goes wrong and is disavowed, Michael Dunne sets out for revenge.

What The Reviewers Say
Rave Chris Bohjalian,
The Washington Post
That’s the thing about an Ignatius novel: It’s not merely its ripped-from-the-headlines timeliness. Ignatius brings his immense skills as a journalist to his fiction, researching the idea and enriching his plot with both the latest spycraft and the arcane workings of, very often, the CIA ... Ignatius’s unsettling novel reminds us that we have created a world where facts have 'alternatives' and the 'news' on social networks can’t be trusted. It’s a page-turner, but it’s also a chilling story of the way the Internet has been weaponized.
Read Full Review >>
Rave Bill Ott,
Booklist
Ignatius has written several top-notch spy thrillers, but his latest may be his most gripping yet ... Love it for it’s old-school suspense or for its ultramodern vision of technology run amok, but love it you will.
Read Full Review >>
Rave Joe Hartlaub,
Bookreporter
There is no denying that David Ignatius can tell a story while keeping readers on the edge of their seats ... This is one of those rare novels that you will want to read twice --- the first time for the enjoyment, and the second time to take note of how Ignatius does what he does so well ... plenty of suspense...Ignatius achieves this with a minimum of explosions and karate, choosing instead to keep the plot clock ticking quietly, though it is still heard throughout the book. It is a marvelous accomplishment that overshadows the occasional, but by no means pervasive, problem with pacing that rears its head in places during the narrative. Then there is Dunne, an extremely interesting and tragically flawed protagonist. The conclusion certainly leaves the door open for a sequel, and perhaps more, should Ignatius see fit to do so. Longtime readers of his will hope that he does.
Read Full Review >>
See All Reviews >>
SIMILAR BOOKS
Coming Soon

On Java Road
Lawrence Osborne
Rave
What did you think of The Paladin: A Spy Novel?
© LitHub | Privacy