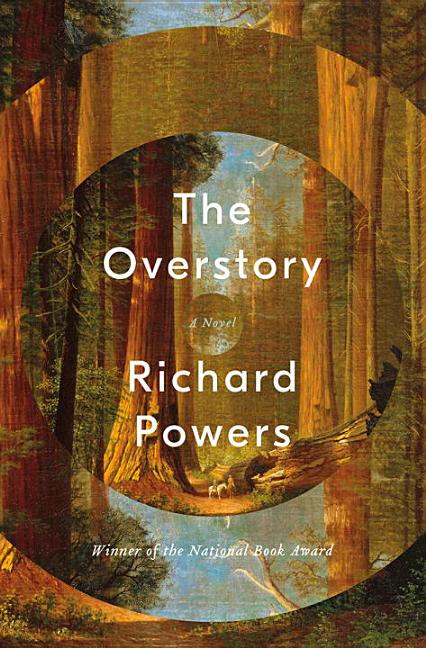 National Book Award and Pulitzer Prize winner Richard Powers offers an ode to trees, which in this novel can communicate not only with one another but with humans, nine of whom have special arboreal ties that lead to their campaign to save North America's few remaining acres of virgin forest.

What The Reviewers Say
Rave Ron Charles,
The Washington Post
This ambitious novel soars up through the canopy of American literature and remakes the landscape of environmental fiction ... What makes The Overstory so fascinating is the way it talks to itself, responding to its own claims about the fate of the Earth with confirmation and contradiction. Individual stories constantly shift the novel’s setting and pace, changing registers, pushing into every cranny of these people’s lives ... In harrowing scenes of personal sacrifice — or deadly self-righteousness — we see an unlikely group drawn together by their absolute conviction that our rapacious destruction of trees is an act of mass suicide. The urgency of that belief gives rise to the novel’s most unsettling theme: the tension between complacency and stridency in the face of existential threats.
Read Full Review >>
Rave Barbara Kingsolver,
The New York Times Book Review
...his monumental novel The Overstory accomplishes what few living writers from either camp, art or science, could attempt. Using the tools of story, he pulls readers heart-first into a perspective so much longer-lived and more subtly developed than the human purview that we gain glimpses of a vast, primordial sensibility, while watching our own kind get whittled down to size.... The descriptions of this deeply animate place, including a thunderstorm as experienced from 300 feet up, stand with any prose I’ve ever read. I hesitate to tell more, and spoil the immense effort Powers invests in getting us into that primal forest to bear witness ... The science in this novel ranges from fun fact to mind-blowing, brought to us by characters — some scientists, mostly not — who are sweet or funny or maddening in all the relatable ways. The major players number more than a dozen, all invested with touching humanity, and they arrive with such convincing, fully formed résumés, it’s hard to resist Googling a couple of them to see if they’re real people.
Read Full Review >>
Positive Benjamin Markovits,
The Guardian (UK)
It’s an extraordinary novel, which doesn’t mean that I always liked it ... It’s an astonishing performance. Without the steadily cumulative effect of a linear story, Powers has to conjure narrative momentum out of thin air, again and again. And mostly he succeeds. Partly because he’s incredibly good at describing trees, at turning the science into poetry ... But there is a cost to all this plurality and intellectual energy ... All the big things happen suddenly. Characters die, from gas poisoning or suicide or strokes; marriages collapse; people get arrested. In a book about the wisdom of trees, the stories that shape human life tend, by way of contrast perhaps, to be overdramatic ... There is something exhilarating, too ... I found, while reading, that some of what was happening to his characters passed into my conscience, like alcohol into the bloodstream, and left a feeling behind of grief or guilt, even after I put it down. Which is one test of the quality of a novel.
Read Full Review >>
See All Reviews >>
What did you think of The Overstory?
© LitHub | Privacy