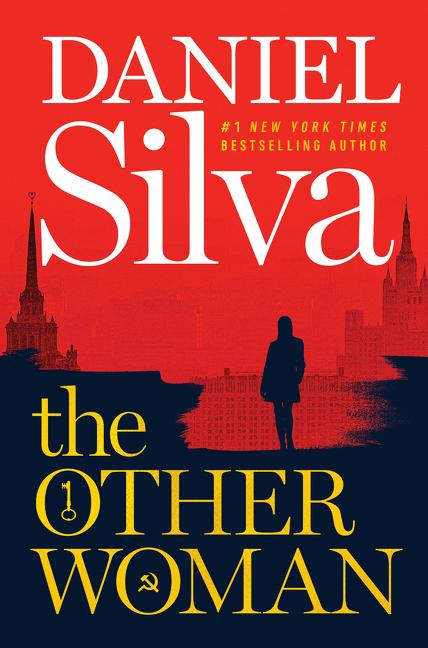 What The Reviewers Say
Rave Bill Ott,
Booklist
Once again Silva follows the familiar structure his readers have come to love—gathering the team, setting up the sting, laying on the tradecraft, dealing with the surprises—but this time there is an even more elaborately detailed backstory than usual, and it is every bit as compelling as the tension-drenched drama slowly unspooling in the present and leading to a socko finale on the shores of the Potomac River ... Silva is never merely imitative; he uses these references and plot elements to add texture and resonance to his story, which puts a chilling, twenty-first century spin on the idea of Russian interference in global politics.
Read Full Review >>
Rave Ryan Steck,
The Real Book Spy
It’s spy versus spy in Daniel Silva’s latest heart-pounding thriller, which is perhaps his most enthralling novel to date ... Silva, one of the finest writers working today, remains capable of creating the kind of conundrum where readers are dying to know what happens but don’t want the story to end. From Vienna to Washington D.C. to one of the most shocking conclusions of his career, The Other Woman is Daniel Silva at his very best ... Tinker, Tailor, Soldier, Spy meets The Spy Who Came in from the Cold in The Other Woman, an instant classic from Daniel Silva, whose latest masterpiece puts him firmly alongside le Carré and Forsyth as one of the greatest spy novelists of all time.
Read Full Review >>
Rave Roz Shea,
20SomethingReads
If you are an ardent fan of spycraft, Daniel Silva provides a veritable handbook of the vernacular and sleight of hand still employed from Philby’s days, hugely updated with the fiendish electronic listening devices in use today. These abilities make one look at their beloved cell phones and GPS tracking with paranoia. But the old school tricks of the trade still work, sometimes more accurately than all the wizardry of the electronics universe ... Secrets can be conveyed by means that no hacker can ascertain. It’s as complex as those hand signals between the pitcher and the catcher, but misreading the signs can get you killed. That’s what spycraft is all about—and that’s what makes The Other Woman a great read.
Read Full Review >>
See All Reviews >>
SIMILAR BOOKS
Fiction

Before She Disappeared
Lisa Gardner
Rave
What did you think of The Other Woman?
© LitHub | Privacy