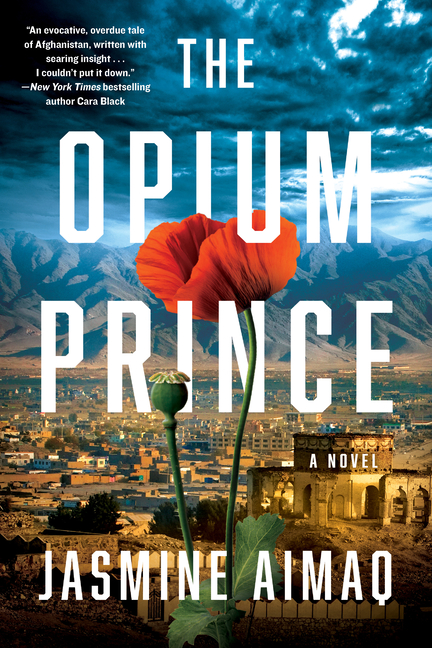 "Born to an American mother and a late Afghan war hero-turned-magnate, Daniel Sajadi has spent his life navigating a complex identity. After years in Los Angeles, he is returning home to Kabul for the first time as the head of a US foreign aid agency dedicated to staunching the growth of the poppy fields in Fever Valley that feed the world's opiate epidemic. But on the drive back to Kabul from an anniversary trip with his wife, Rebecca, Daniel hits and kills a young Kochi girl named Telaya. Nomad tribes are ignored in the eyes of the law, and Daniel is let off with a nominal fine due to a mysterious witness at the scene-a man named Taj Maleki, who turns out to be a prominent opium khan. Wracked with guilt and visions of Telaya, Daniel begins to unravel, running from his rapidly crumbling marriage and threats of blackmail and murder from the man who would do anything to save his poppy fields from eradication. In a powerful literary thriller debut that captures the tumultuous, sometimes violent trajectory of revolution, Jasmine Aimaq draws the often invisible lines between criminal empires and shifting political regimes"--

What The Reviewers Say
Rave John Young,
Pittsburgh Post-Gazette
A smart, moody tale of political intrigue and personal upheaval set in 1970s Afghanistan, the 367-page novel contains enough juicy scenes to form the basis of a multi-episode streaming series or lengthy movie. It reads well on the page, too ... Cliffhanger's abound ... The page-turning, or next-episode-watching, dilemmas arrive with just the right level of frequency. Many secondary characters prove interesting as well, Aimaq doing fine work fleshing them out without distracting from the primary, Daniel-centered narrative ... is the sort of fiction that plunges readers deep inside its world. Full of rich, brisk descriptions, memorable characters, historical references and more than a little melodrama, the book involves and intrigues. It seems like only a matter of time before its story appears on screens as well as on the page.
Read Full Review >>
Rave Paul Sedan,
The Christian Science Monitor
... enjoyable on multiple levels. First, it’s a captivating work of fiction that examines how its two protagonists move from guilt and despair to redemption. Second, Aimaq immerses readers into everyday life in Afghanistan with such skill that even a passage about buying freshly baked flatbread is a poetic experience ... it provides a good example of what William Faulkner believed to be the goal of all authors and poets: to depict 'the human heart in conflict with itself ... because only that is worth writing about, worth the agony and the sweat' ... Aimaq also has a keen grasp of social settings and the psychological interplay that takes place during conversations ... Readers will come away with a deeper understanding of the land and its inhabitants, and will also have reason to anticipate her next literary effort.
Read Full Review >>
Positive Marcie McCauly,
Chicago Review of Books
The novel brings domestic scenes to life ... like the house filled with the 'aroma of saffron, cardamom, and rosewater mixed with hair spray and the women’s clashing perfumes.' ... Though rooted in the historical events that led to the Soviet-backed Saur Revolution in Afghanistan, The Opium Prince reads like a thriller. Readers are thoroughly engaged in Daniel’s disorientation; he’s unsure whether specific personnel truly represent the interests with which they outwardly align, unsure of individuals’ true power and privilege. His uncertainty mirrors readers’ confusion: 'So it’s either Russian puppets or a future of backward superstition? Are you sure you know what you’re doing?' ... Aimaq’s professional and life experiences recommend her to the task of presenting a nuanced understanding of competing and undermining influences at work in Afghanistan. More fiction-writing experience would have allowed her to explore more than one alternate perspective, to secure readers with time-and-place headers to counterbalance the narrator’s insecurity, and to stylistically link the prologue and epilogue so both feel equally organic to the narrative. Nonetheless, this debut novel is compelling and Aimaq’s observations astute. The Opium Prince is ambitious, complex and multifaceted – what every novel about a nation should aspire to be.
Read Full Review >>
See All Reviews >>
SIMILAR BOOKS
Fiction

Act of Oblivion
Robert Harris
Rave
What did you think of The Opium Prince?
© LitHub | Privacy