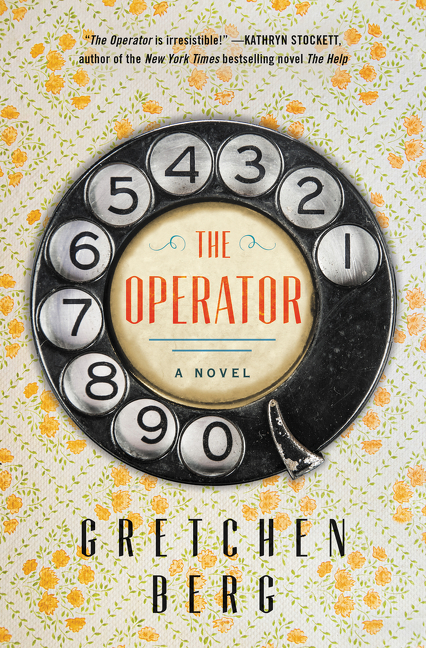 Vivian and the other women who work at Bell on East Liberty Street connect lines and lives. They aren’t supposed to listen in on conversations, but they do, and they all have opinions on what they hear—especially Vivian. Then, one cold December night, Vivian listens in on a call between that snob Betty Miller and someone whose voice she can’t quite place and hears something shocking.

What The Reviewers Say
Mixed Molly Sprayregen,
The Dallas Morning News
The Operator is a fun, light and intriguing story, although at times it falls a little flat. The characters lack some dynamism, which makes it difficult to become deeply invested in their fears, failures and triumph.The story also seemed to go on longer than it needed to, with the more exciting revelations ending up being sandwiched between what felt like unnecessary moments. Still, there are several edge-of-your-seat moments where the story picks up, and Berg does succeed at making the reader want to keep turning the pages to find out Vivian’s big secret — as well as the consequences when all is revealed.
Read Full Review >>
Positive Zachary Houle,
Medium
I was drawn to the premise that involved something as quaint as involving switchboard operators and the setting of this period piece ... The setting of the dying days of an occupation enthralled me, and...it’s enjoyable to read of a much simpler time when bag boys carried your groceries for you to the car and gas station attendants filled your tank up ... However, as pleasurable as this debut may be, it does have its share of issues. For one, I wasn’t overly enamoured by the character of Vivian Dalton ... I would say that, even with some first novel jitterbugs, the end result is a little satisfying. Even though I’m probably not in the marketing demographic for this book — I would imagine that this is something my sixty-year-old-plus mother would enjoy reading due to the time setting ... It’s usually well written — though it was a bit tricky at the start of the read to keep characters straight...and I thought the author did an admirable job of making the setting feel real, even if a few factual details were deliberately miffed. To that end, if you like juicy gossip and peering into the lives of others, ,em>The Operator is a commendable read.
Read Full Review >>
Positive Kirkus
Berg’s storytelling is warm, sympathetic, and witty ... There are more than enough quotable lines to fill a couple of reviews.
Read Full Review >>
See All Reviews >>
SIMILAR BOOKS
Fiction

Fifty Words for Rain
Asha Lemmie
Positive
What did you think of The Operator?
© LitHub | Privacy