The Only Girl: My Life and Times on the Masthead of Rolling Stone 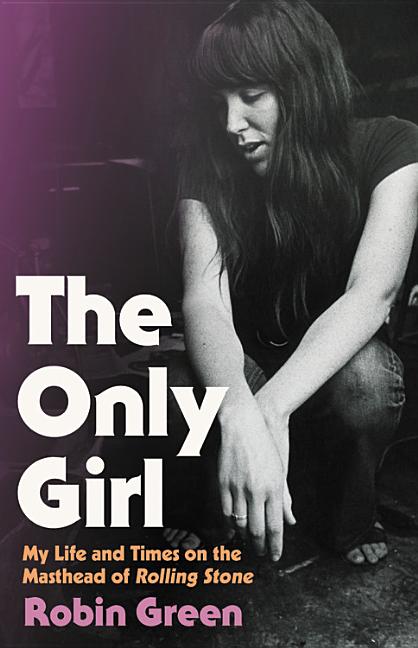 The first woman on the masthead of Rolling Stone chronicles her career in the magazine's wild employ, her firing, descent into economic uncertainty, and resurrection as a television writer for megahits like The Sopranos.

What The Reviewers Say
Rave Henry Carrigan,
No Depression
As Green points out in her entertaining, page-turning, and scorchingly candid new memoir ... she little expected to be working at Rolling Stone, much less to be the only woman listed as contributing editor on the magazine’s masthead back in those heady days of rock journalism ... She so palpably describes her first night in New York that her loneliness scores our own bones ... The staccato sentences strung together cut into our emotions and deepen the stark, claustrophobic feeling of aloneness and disappointment and momentary hopelessness ... The Only Girl is brimming over with stories of sex, drugs, and rock and roll, and there are clear-eyed but sympathetic descriptions of some of the more famous denizens of the magazine ... Yet, the power of The Only Girl lies in Green’s willingness to acknowledge the vulnerability she feels early in her career, her willingness to share her struggles and triumphs of making her way, finding her voice ... an electrifying read.
Read Full Review >>
Positive Matt Damsker,
USA Today
Despite her achievement, her perspective is that of the nervy outsider, one who wandered, hippie-stoned and wildly talented, into the male enclaves of a journal that lionized rock stars and helped legitimize the drug-addled counterculture as a political and intellectual force ... Green found her place there with ease, a natural storyteller with an ear for dialogue and an earthy directness to her prose ... If anything, Green’s memoir seems drenched in a nostalgia Rolling Stone’s sexist heyday doesn’t deserve, but all the same she writes unsparingly of her frailties, her fixations, the honest appetites of an explorer in a fragmenting America. Brave survivor of the psychedelic wars, she came, she saw, she conquered.
Read Full Review >>
Positive Barbara Ellen,
The Guardian
Green paints a vivid picture of being at the epicenter of the new rock’n’roll bohemian culture with the Rolling Stone crowd ... The Only Girl perhaps couldn’t be viewed as a definitive book on the burgeoning rock’n’roll era, or even on Rolling Stone, as it has an eccentric, wilful, albeit charming, tendency to weave, back and forth, through time zones, with Green mulling and remulling (and even re-re-mulling) on people, events and thoughts, seemingly as the mood takes her. Not that it matters—there are already books on Rolling Stone, and on the era, the majority of which are written by men. This one is about a woman navigating the uncharted territory of her crazy expanding new world, not only armed with the requisite 'groovy' access-all-areas pass, but also the self-awareness, humor, and resilience that an 'only girl' needs.
Read Full Review >>
See All Reviews >>
What did you think of The Only Girl: My Life and Times on the Masthead of Rolling Stone?
© LitHub | Privacy