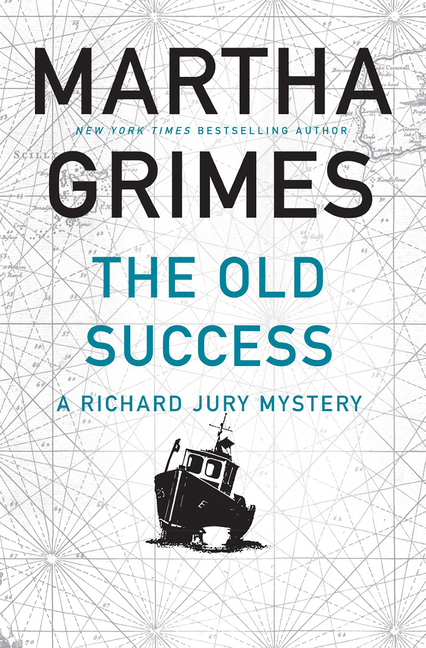 What The Reviewers Say
Rave Tom Nolan,
The Wall Street Journal
In her books featuring Scotland Yard Superintendent Richard Jury—the most recent of which is The Old Success...author Martha Grimes has created a type of mystery all her own. The stories have a cozy structure—but with windows into darker worlds ... The mechanics of three detectives (four, if we count Melrose Plant) working simultaneously on three murder puzzles...may at first seem convoluted. But the solution to these apparently separate mysteries proves much simpler than might be imagined—and who better to pave the way to that elusive truth than Ms. Grimes and Richard Jury, her brilliant creation?
Read Full Review >>
Positive Connie Fletcher,
Booklist
The twenty-fifth Richard Jury mystery...continues the Grimes tradition of mixing solid procedural details with deft characterization and offbeat wit ... The only discordant note is the appearance of aristocrat Melrose Plant, longtime friend of Jury’s, who seems to have materialized from an Oscar Wilde play and takes away from Grimes’ tightly constructed plot.
Read Full Review >>
Mixed Kirkus
Superintendent Richard Jury’s 25th case is less a star turn than a team effort for a trio of detectives and their deep bench of helpers and hangers-on ... The ensuing rounds of inquiry and cross-checking would tax most novelists and their detectives to the limit, but Grimes...keeps dropping unexpected complications, newly minted characters, and familiar faces into a mix that becomes so head-spinning that most readers are likely to greet the denouement with a combination of surprise and relief. Plotted and peopled with unstinting generosity, even if the regulars are never quite as amusing as the author thinks.
Read Full Review >>
See All Reviews >>
SIMILAR BOOKS
Coming Soon

Knock Knock
Anders Roslund
Rave
What did you think of The Old Success?
© LitHub | Privacy