The Nine Lives of Rose Napolitano 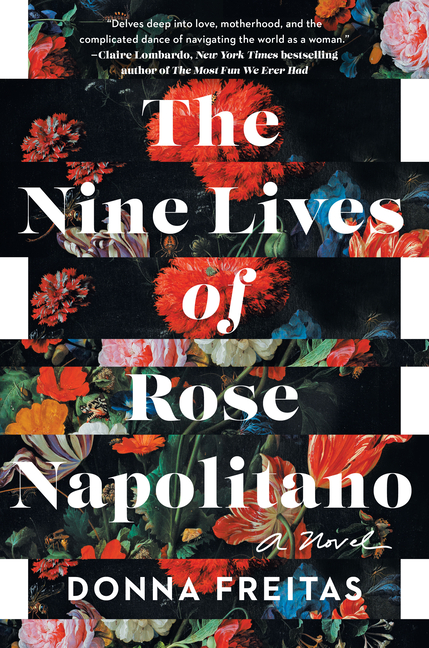 Rose Napolitano is fighting with her husband, Luke, about prenatal vitamins. She promised she'd take them, but didn't. He promised before they got married that he'd never want children, but now he's changed his mind. Their marriage has come to rest on this one question: Can Rose find it in herself to become a mother? Rose is a successful professor and academic. She's never wanted to have a child. The fight ends, and with it their marriage. But then, Rose has a fight with Luke about the vitamins--again. This time the fight goes slightly differently, and so does Rose's future as she grapples with whether she can indeed give up the one thing she thought she knew about herself. Can she reimagine her life in a completely new way? That reimagining plays out again and again in each of Rose's nine lives, just as it does for each of us as we grow into adulthood. What are the consequences of our biggest choices? How would life change if we let go of our preconceived ideas of ourselves and became someone completely new? Rose Napolitano's experience of choosing and then choosing again shows us in an utterly compelling way what it means, literally, to reinvent a life and, sometimes, become a different kind of woman than we ever imagined.

What The Reviewers Say
Rave Stacy Alesi,
Library Journal
Freitas debuts an extraordinary, multifaceted novel for adults ... This is a serious yet fantastical look at relationships, family, and feminism, told in a singular voice; book groups should take note. The closest read-alikes are Life After Life, by Kate Atkinson, and Replay, by Ken Grimwood.
Read Full Review >>
Mixed Sarah Rachel Egelman,
Bookreporter
The structure of the book is non-linear, which can feel muddled at times. Freitas chops up each narrative and skips back and forth in time. It is not always clear if readers are meant to see these lives as parallel realities, mere possibilities or thought experiments. The structure is elusive and open-ended, which can distract from the compelling and important themes ... Rose is an attractive character who is smart, honest and thoughtful. Freitas does a good job capturing the pressure women continue to feel to meet gendered expectations, even if her character ultimately bows to them. The Nine Lives of Rose Napolitano is a provocative story that gets bogged down in some structural ambiguity and its unwillingness to allow Rose to reject the path that other characters want to put her on.
Read Full Review >>
Rave Kirkus
Reminiscent of Kate Atkinson’s Life After Life or the movie Sliding Doors, Freitas’ novel explores nine (but certainly not all) possible outcomes when a woman who has never wanted children marries a man who gradually decides he does ... Rose’s world is full of White professionally and educationally privileged millennial women who talk in philosophical terms about feminism and their battle to maintain control over their lives yet are unapologetically oblivious to real-world politics and suffering. Read today, following the maze of numbered takes becomes an addictive game, highly literate escapism, like watching The Queen’s Gambit. Which is not to say the novel shies away from difficult issues surrounding the position of motherhood in women’s lives ... In one of her lives she realizes that while she doesn’t like motherhood, she loves her child. And in every version, Rose and her own mother’s relationship rings lovingly, if painfully, true. Highly readable and provocative.
Read Full Review >>
See All Reviews >>
SIMILAR BOOKS
Coming Soon

Life Is Everywhere
Lucy Ives
Positive
What did you think of The Nine Lives of Rose Napolitano?
© LitHub | Privacy