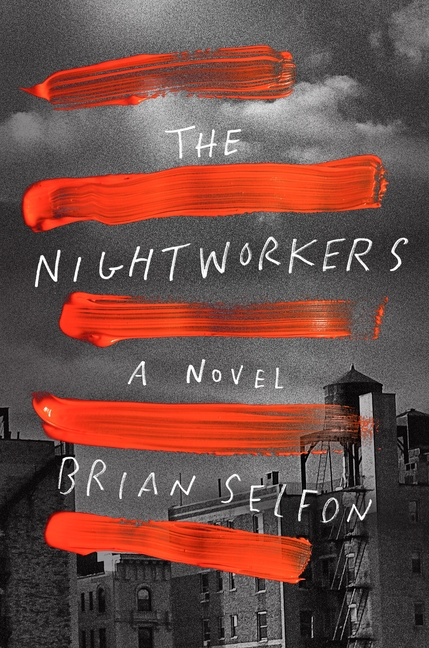 Shecky Keenan's family is under fire—or at least it feels that way. Bank accounts have closed unexpectedly, a strange car has been parked near the house at odd hours, and Emil Scott, an enigmatic artist and the family's new runner, is missing—along with the $250,000 of dirty money he was carrying.

What The Reviewers Say
Rave Paula L. Woods,
Los Angeles Times
...his hypnotic debut novel, The Nightworkers, unearths not just the gritty mechanics of organized crime but the collateral damage it inflicts on perpetrators and victims alike, damage that outlasts the acts for as long as a lifetime ... As in a painter’s pentimento, they peep though the present narrative, subtly revealing the author’s awareness of the world’s cruel ironies. Selfon’s ability to give each character his or her own perspective, desires and demons makes The Nightworkers a resonant work of fiction, one that rises above its crimes to tell bigger truths about family, love and hope.
Read Full Review >>
Rave Ray Palen,
Criminal Element
...electrifying ... Brian Selfon steps firmly into the new genre known as Brooklyn Noir and the result is a twisty crime thriller that will hit home for those familiar with the area. Fans of the crime thriller genre will particularly enjoy the time Selfon has taken to focus on what he knows while creating very believable characters that you will instantly care about.
Read Full Review >>
Positive GABINO IGLESIAS,
NPR
... a dark slice of Brooklyn noir with a family drama at its core ... a literary crime novel that's all about the details. Descriptions of events, people, feeling, and places abound, and they do a marvelous job of placing the reader in the story and ramping up the tension. The quarter million dollars, the death and questions surrounding that money are at the center of the narrative, but Selfon also focuses the inner lives of his characters, and the world they live in ... It takes a lot to make a NYC noir feel fresh, and this one does ... While it might not lead to empathy, Selfon's understanding of how psychogeography shapes criminals is what drives the development of those characters — and the characters are what turn The Nightworkers into a great novel ... Besides superb character development, attention to detail and the presence of art set this novel apart from a lot of what's happening in contemporary crime fiction. However, it all eventually become too much in a narrative that juggles three main characters with rich backstories and a host of possibilities, fears, secret agendas, and subplots ... Selfon wrote a commanding debut in The Nightworkers, but then he overwrote it a bit ... the conversations about art and the multilayered nature of every character are outstanding on their own, but together they can lead the reader off onto tangents that draw attention away from what's actually going on ... complex and possesses great rhythm, accentuated by chapters that range from several pages to just two. Selfon's prose is elegant, but he clearly understands how much noir relies on detail and economy of language to deliver tension, surprise, and violence. This is a thriller about missing money — those that lost it and those that come looking for it, but it's also a novel about family, loyalty and the effects of addiction and poverty – and the arrival of a promising voice.
Read Full Review >>
See All Reviews >>
SIMILAR BOOKS
Fiction

Find You First
Linwood Barclay
Positive
What did you think of The Nightworkers?
© LitHub | Privacy