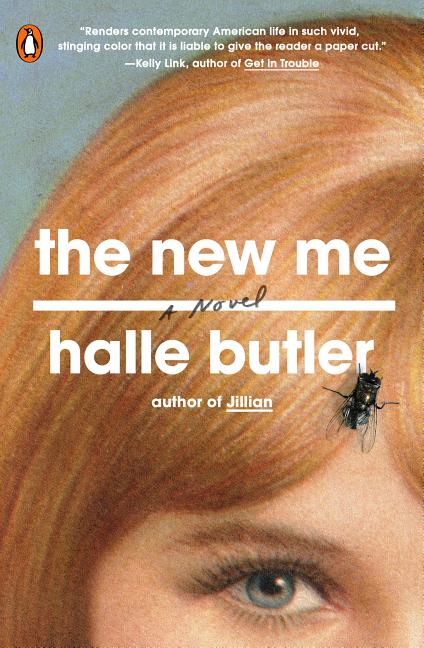 In this novel by the acclaimed author of Jillian, a thirty-something temp worker scrapes by financially while embarking on a regimen of self-improvement.
Positive
Based on 11 reviews

What The Reviewers Say
Rave Jia Tolentino,
The New Yorker
The New Me feels like a definitive work of millennial literature, a cross between “Seasonal Associate”—Heike Geissler’s autobiographical novel about working in an Amazon warehouse—and the sort of Tumblr account that would go viral before getting its author fired ... Butler is most acute in her descriptions of how this late-capitalist nightmare affects the lives of women who occupy a certain stratum in American life ... It’s the ordinariness—the familiarity—that makes Butler’s work so wretchedly riveting. As I read The New Me, I started to feel like one of her characters, a woman who could spend a whole day saying nothing but 'Thanks!' in public and 'Fuck you!' in private, perhaps in the shower, perhaps to everyone she’s ever met. I was on edge, alive to the possibility that I was useless and despicable. There’s pleasure in her work, but it’s the sick, obsessive pleasure of looking under a bandage at a wound.
Read Full Review >>
Rave Kathleen Rooney,
Chicago Tribune
In her short, satirical and cautionary second novel, The New Me, Halle Butler explores self-improvement at its absolute, impractical, soul-crushing worst ... Masterfully cringe-inducing and unsparingly critical, The New Me extends Butler’s interrogation of those subjects, making the reader squirm and laugh out loud simultaneously ... The point of view consists primarily of first-person, present tense chapters from Millie’s perspective, but Butler intersperses a few close third-person, past-tense chapters from the perspectives of those around her. This fluctuating structure creates an effect that is layered and dynamic, deliberately distancing and cinematic at some points and almost claustrophobically intimate at others ... wit and insight keep the pages turning, and while Millie is well beyond concerns over being likeable, Butler has created in her a Bartleby the Scrivener-esque character who is nevertheless engaging in her refusals ... The New Me is an unapologetic and effulgent bummer of a book.
Read Full Review >>
Positive Stephanie Danler,
The New York Times Book Review
The tonal spectrum of this novel is narrow, but deep, running from desperate optimism to despair and back again, all set in the gory mundanity of an office ... It’s not that Millie’s delusional; her dejection is depressingly realistic.
Read Full Review >>
See All Reviews >>
SIMILAR BOOKS
Fiction

Each of Us Killers
Jenny Bhatt
Rave
What did you think of The New Me?
© LitHub | Privacy