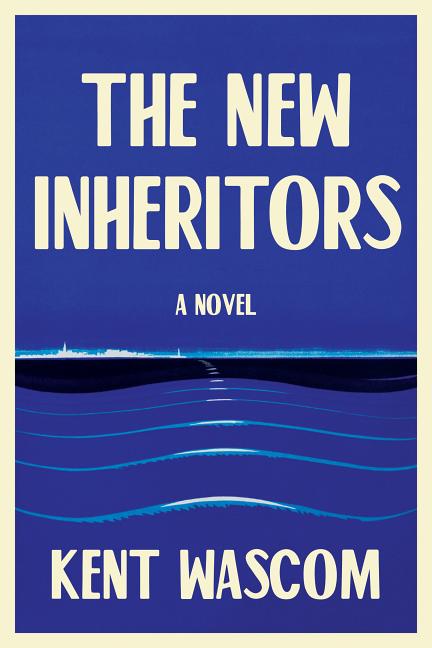 In 1914, with the world on the brink of war, Isaac, a nature-loving artist whose past is mysterious to all, including himself, meets Kemper, a defiant heiress caught in the rivalry between her brothers.

What The Reviewers Say
Rave Colette Bancroft,
The Tampa Bay Times
The New Inheritors is the third mesmerizing historical novel by Kent Wascom, all of them set around the rim of the gulf and tracing an American dynasty, a family that begins with a penniless pioneer and, in three generations, accrues great wealth and bloody secrets ... His style and subjects echo great Southern writers like William Faulkner and Harry Crews, continuing a tradition of recounting terrible things in deliriously beautiful language.
Read Full Review >>
Rave Sarah Johnson,
Booklist Online
The third in a projected quartet, following Secessia (2015), Wascom’s latest literary saga is his strongest yet ... Wascom’s writing burns with a raw, elemental power. The story encompasses the era’s white privilege and anti-immigrant stances, letting readers make the contemporary connections, while pondering what it means to be American.
Read Full Review >>
Positive Jennifer Bort Yacovissi,
The Washington Independent Review of Books
Again, this book feels completely different than the other two and yet—now that we know his writing—is fully identifiable as belonging to this author ... Stretches of the novel are infused with a sense of light, air, and hopefulness that are entirely missing from the first two. It’s a setup, certainly, to provide a contrast between the surface beauty and the ugliness that lurks just out of sight ... as well as a contrast between the time before, in happiness, and the time after, in misery. Still, we, like the characters, can bask in the golden light while it shines ... If there is a weakness to The New Inheritors, it’s an unevenness in pacing that makes it feel at times that Wascom is in a hurry to move on. I, for one, did not want him to hurry; the beauty and richness of his observation and detail when he dives deep made me long for more.
Read Full Review >>
See All Reviews >>
SIMILAR BOOKS
Fiction

Each of Us Killers
Jenny Bhatt
Rave
What did you think of The New Inheritors?
© LitHub | Privacy