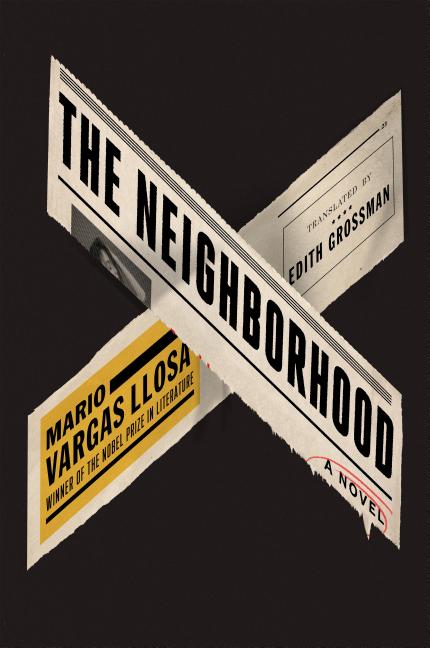 In this pulpy detective story, a cast of characters from tabloid journalism to the upper echelons of Lima society navigate the corrupt and violent years of Alberto Fujimori's 1990s presidency.

What The Reviewers Say
Positive Michael Greenberg,
The New York Times Book Review
The tone, perfectly conveyed in Edith Grossman’s virtuoso translation, is amused and theatrical — realism that never asks the reader to forget it has been neatly contrived ... To tell his story, Vargas Llosa employs the familiar telenovela technique of alternating chapters among different characters, allowing the destinies of the lowborn and the high, the powerful and the powerless, to intersect in ways they themselves never see ... The book’s 'happy' ending reflects its author’s belief, perhaps, in the power of individual morality and will.
Read Full Review >>
Mixed Dwight Garner,
The New York Times
No deep soil is overturned in The Neighborhood, but two things keep one turning the pages. For one, it’s a confident book and confidence is contagious. It’s filled with cliffhangers...and over-the-top incident. For another, it is warm to the touch, particularly as regards sex ... In The Neighborhood, the sex is hot and the beer is cold ...They eat at a seafood place called Seven Deadly Fins. In a novel as contrived and uneven as this one, the human touches go a long way.
Read Full Review >>
Positive Michael Ruzicka,
Booklist
Mixing a flair for pulpy dialogue and even pulpier characters, Vargas Llosa manages to convey empathy for that seediest of figures, the tabloid journalist. In venturing into genre territory, Nobel Prize–winner Vargas Llosa finds a sweet spot with this textured thriller that will appeal both to his established audience of literary-fiction readers and to fans of international crime novels.
Read Full Review >>
See All Reviews >>
SIMILAR BOOKS
Fiction

Dead Dead Girls
Nekesa Afia
Positive
What did you think of The Neighborhood?
© LitHub | Privacy